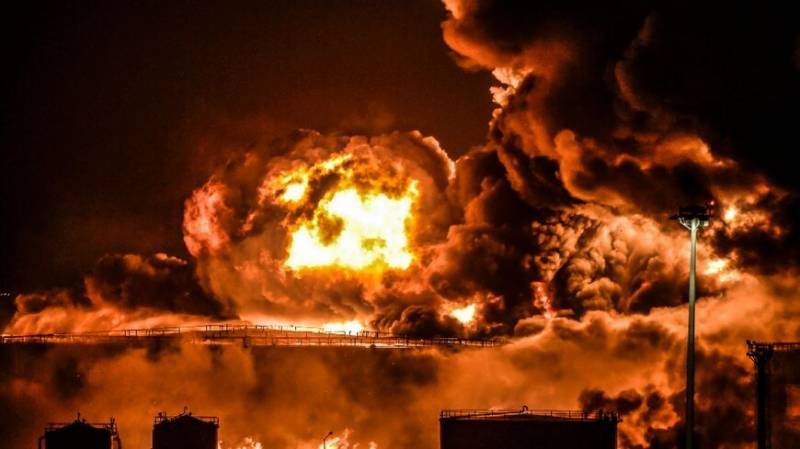 The raids targeted Sanaa, the rebel-held capital, according to Saudi Arabia link Al Ekhbariya TV, which tweeted "the start of air strikes on Huthi camps and strongholds in Sanaa" around midnight.

The attacks link began shortly after the Iran-backed Huthis announced a three-day truce link and offered peace talks on condition that the Saudis stop their air strikes and blockade of Yemen link and remove "foreign forces".

Rebel reports of casualties could not be independently confirmed.

The Huthi truce link followed a wave of drone and missile attacks link on Saudi targets on Friday, including an oil depot near Jeddah's Formula One track that turned into a raging inferno during televised practice sessions.

It was announced on the seventh anniversary of the intervention led by oil-rich Saudi Arabia link in Yemen link, its impoverished neighbour, after the Huthis seized Sanaa in 2014.

The conflict has killed hundreds of thousands of people directly or indirectly and displaced millions, creating what the United Nations calls the world's worst humanitarian crisis.

The Huthis have turned down an invitation to peace talks in Riyadh, scheduled for the coming days, to be hosted by the six-nation Gulf Cooperation Council.

Yemen link Huthi rebels link announced a three-day truce link with the Saudi-led coalition and dangled the prospect of a "permanent" ceasefire on Saturday, the seventh anniversary of a brutal conflict that has left millions on the brink of famine.

A day after a wave of Huthi drone and missile attacks link on Saudi targets, including an oil plant that turned into an inferno near the Formula One race in Jeddah, political leader Mahdi al-Mashat put rebel operations on hold.

As thousands of people marched in the rebel-held capital, Sanaa, to mark the anniversary, Mashat appeared on TV to announce the "suspension of missile and drone strikes and all military actions for a period of three days".

"And we are ready to turn this declaration into a final and permanent commitment in the event that Saudi Arabia link commits to ending the siege and stopping its raids on Yemen link once and for all," he said.

There was no immediate response from Saudi Arabia link, which retaliated to Friday's attacks link by launching air strikes against the Iran-backed rebels link in Sanaa and Hodeida, and destroying four explosives-laden boats.

UN chief Antonio Guterres on Saturday condemned the rebel strikes and reprisals by the Saudi-led coalition, calling on "all parties to exercise maximum restraint" and "urgently reach a negotiated settlement to end the conflict".

Israel, which does not have diplomatic relations with Saudi Arabia link, expressed its "sorrow" over the Huthi attack.

"This attack is further proof that Iran's regional aggression knows no bounds," Prime Minister Naftali Bennett wrote on Twitter in a rare public message to the kingdom.

Yemen link, the Arab world's poorest country even before the war, has been teetering on the brink of catastrophe for years as the complex conflict rages on multiple fronts.

Hundreds of thousands of people have been killed, directly or indirectly, and millions have been displaced in what the UN calls the world's worst humanitarian crisis.

Mashat said the Huthis are ready to "release all coalition prisoners, including (president Abdrabbuh Mansur) Hadi's brother, militia prisoners and other nationalities in exchange for the full release of all our prisoners".

"The Saudi regime must prove its seriousness... by responding to a ceasefire, lifting the siege and expelling foreign forces from our country.

"And then peace will come and then it will be time to talk about political solutions in a calm atmosphere away from any military or humanitarian pressure."

After months of negotiations, Iran is near to reviving a stalled deal with international partners where it will curb its nuclear ambitions in return for an easing of sanctions.

When it first intervened in Yemen link on March 26, 2015, the Saudi-led coalition was made up of nine countries.

Today, it is largely just Saudi Arabia link, to a lesser extent, the United Arab Emirates, which says it has withdrawn troops from Yemen link but remains an influential partner.

The coalition's intervention has stopped the Huthis' advances in the south and east of the country but has been unable to push them out of the north, including the capital Sanaa.

"Militarily, the war is now at stalemate," Elisabeth Kendall, a researcher at Oxford University, told AFP this week, adding that Saudi Arabia link "may at this point be keen to extract itself" from Yemen link.

"But it needs to be able to position any withdrawal as a win and to ensure that it is not left with a Huthi-controlled enemy state on its southern border," she said. -APP/AFP