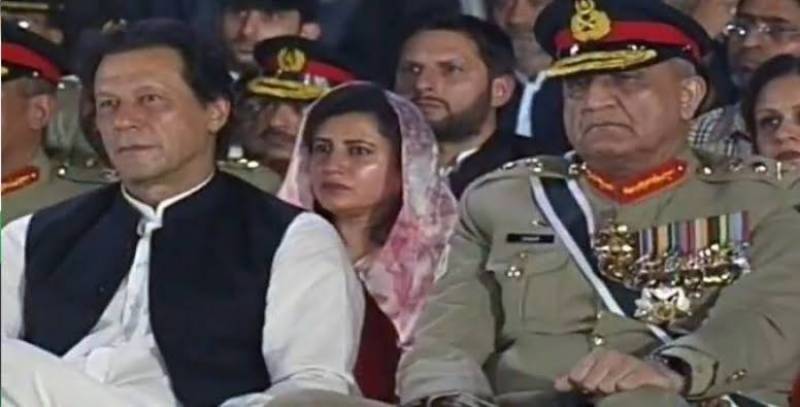 Pakistan successes in the regional and global diplomatic maneuvers in recent years are now being recognized and acknowledged by the world’s powers and states. Pakistan’s spirit of promoting interdependent regional as well as global development and prosperity which led the nation to host the significant OIC meetings two times in less than a year has shown the world Pakistan’s assertive stance on multilateralism and regional peace.

Overwhelming response of all the OIC CFM participants in equaling the Pakistan’s point of view on Islamophobia and peaceful resolution of IIOJK as per the Security Council resolutions has shown that the world is very much recognizant that Pakistan is truly striving for a stable and peaceful region.

On the other hand, Pakistan’s concern on India’s mistaken missile which threatened regional peace was also shared by all the OIC CFM participants in the Islamabad declaration and showed that India has practically failed in diplomatically isolating Pakistan in the world.

In this regard, China’s statement is also very significant in which it appreciated Pakistan’s role in regional stability and pledged to further enhance diplomatic cooperation with Pakistan at all the levels. The appreciation was extended by Chinese foreign minister Wang Yi during meeting with Chief of army staff General Qamar Javed Bajwa. In this meeting, the Chinese foreign minister appreciated the security being provided to CPEC viewed China believes in inclusive prosperity he especially appreciated Pakistan’s effort for hosting the OIC’s 48th council of foreign ministers conference. He further added that world should acknowledge Pakistan’s effort towards regional peace and stability.

Pakistan’s army chief termed OIC’s 48thcouncil of foreign minster session as a historic development for addressing the dire humanitarian situation in Afghanistan and brining international community to a shared vision and joint strategy to find solution to emerging challenges in the region vital for peace and stability.

Pakistan has once again reaffirmed its solidarity with the people of IIOJK by robustly advocating for Kashmir cause at 48th OIC summit. In response to Pakistan’s momentous effort in prompting unified action of Muslim world against oppression of Kashmiris, OIC foreign ministers has adopted an action plan on IIOK. The action plan envisages greater coordination among the member states on this outstanding dispute such that member states in their bilateral engagements with India will raise the IIOK dispute to advance peaceful resolution in accordance with UN resolutions encapsulating the aspirations of Kashmiris.

The Unanimous stance of Ummah crystallized in response to Pakistan’s persistent stand against the malicious Indian attempts to equate the just and legitimate struggle of Kashmiri’s for self-determination and liberation from foreign occupation with terrorism. Prime Minister Imran Khan while delivering an impassionate keynote address at the inaugural session of OIC summit lamented that we failed both the Palestinians and people of Kashmir. OIC’s principle stance for dignity and liberty of oppressed Kashmiri people represents silver lining in dark clouds of Indian occupation. The resolution passed on Kashmir holds a great value because the concerns of Pakistan on IIOJK were echoed by the secretary of OIC as well as at higher platform.

OIC also possess significance in terms of recent event that happened, As Pakistan resolution was also seconded at the UN on Islamophobia and a day has been marked. In that context, OIC and Pakistan increases its diplomacy and awareness on ongoing atrocities of the Muslims of Jammu and Kashmir and brutality that India is practicing on Jammu and Kashmir.

Pakistan is in the position of leading the Muslim Ummah not only for the matters of Afghanistan, Palestine also for Kashmir. Pakistan once again conveyed its stance to OIC countries that a peaceful Afghanistan is going to be a guarantee for regional peace, so a joint efforts are needed. The way forward for Pakistan and OIC countries is taking a reference every single time to the biggest achievement, Pakistan has achieved i.e. a resolution on Islamophobia a day marked to recognize Islamophobia’s presence in the world. It is something a Pakistan and Muslim countries can take a hand from and mention the atrocities in Kashmir.

* *Jawad Ahmed is a Researcher with MPhil in International with having interest in Politics, Bilateralism and Strategic Studies. Can be reached at Jawwadahmedikhlaq89@gmail.com