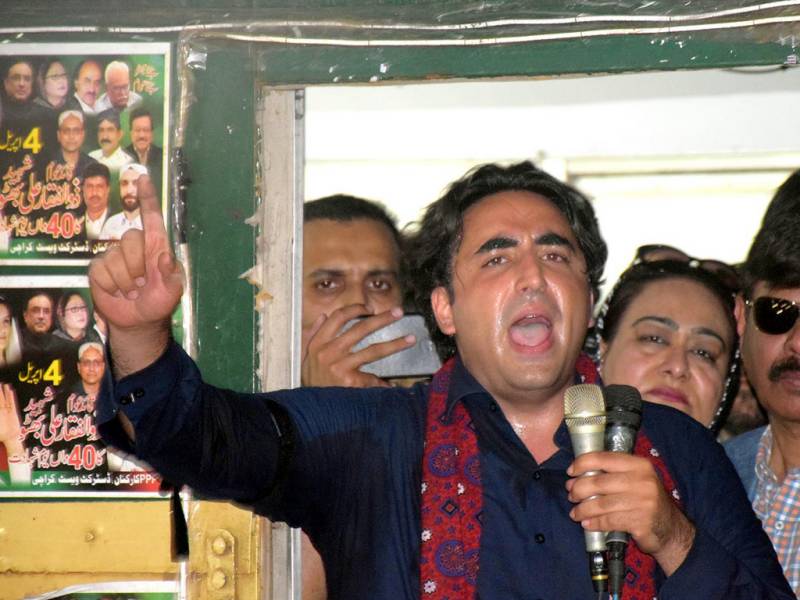 HYDERABAD: The Chairman Pakistan Peoples Party, Bilawal Bhutto Zardari, said his party fully believed in supremacy of democratic institutions and it would not accept any thing against democracy.

The party leadership and workers had rendered sacrifices for the rights of the people and restoration of democracy, he said and added the party was ready to counter any undemocratic move.

He stated this while addressing the gatherings of people at Kotri and Hyderabad railway stations during “Karwan-e-Bhutto” which started Tuesday morning from Karachi.

He said the party had due respect to judiciary and believed that only the strong judiciary could strengthen the democratic norms in the country. PPP always accepted the decisions of the judiciary but it reserved the right of freedom of expression within constitutional limits, he added.

He said PPP believed in across the board accountability but not ready to accept the political revenge under the cover of accountability.

The party would not accept political engineering in the name of accountability, he said and claimed that party leadership has no fear from accountability and would continue struggle for the rights of the people.