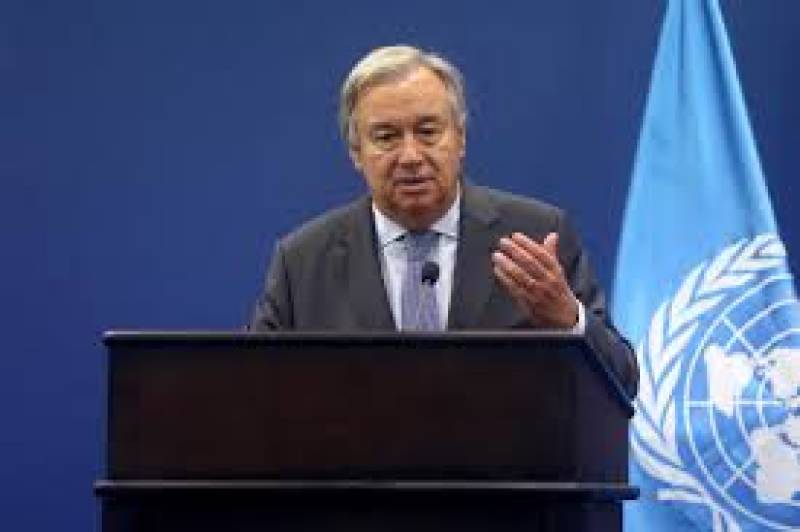 "The Secretary-General strongly condemns the launch late yesterday of a series of missiles claimed by the Houthis toward cities in Saudi Arabia, including Riyadh, as he does consistently with all attacks against civilians," UN Deputy Spokesman Farhan Haq said in a statement.

Guterres called for "restraint amid mounting tensions and stresses that military escalation is not the solution."

The UN chief was due to meet Saudi Crown Prince Mohammed Bin Salman at UN headquarters later on Tuesday to discuss Yemen.

The United Nations is making a fresh push for talks after Iran sent signals that it would be willing to help turn up the pressure on the Houthis to take part in negotiations, UN diplomats said.

New UN envoy Martin Griffiths was in the rebel-held capital Sanaa this week for talks on kick-starting the political process, following a first round of meetings in Riyadh.

"The Secretary-General emphasizes that a negotiated political settlement through inclusive intra-Yemeni dialogue is the only way to end the conflict and address the ongoing humanitarian crisis,Spokesman Haq added. APP/AFP