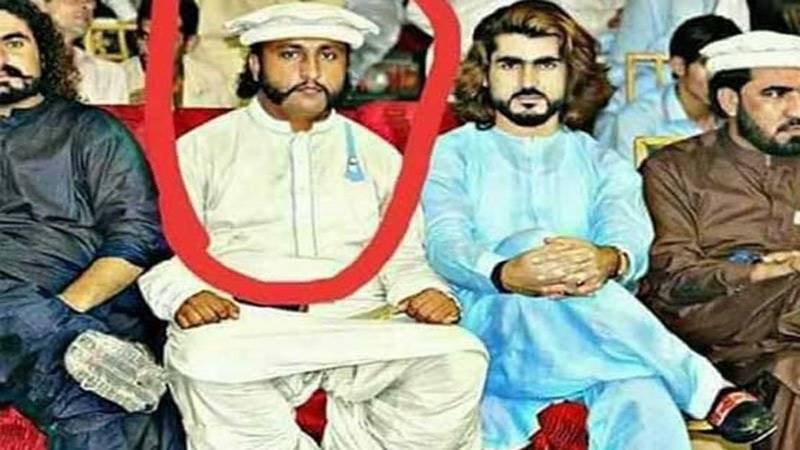 *KARACHI:* The bullet-riddled body of a close associate of deceased Naqeebullah Mehsud, who was murdered by former Malir SSP Rao Anwar earlier this year, was found dumped in a care in Karachi’s Quaidabad area on Monday.

The deceased was identified as 40-year-old Amanullah alias Menal.

Based on the initial observation of the crime scene, the police suggested on Monday that the killing appeared to have occurred due to a personal enmity. However, the family of the deceased dismissed the suggested as a premature conclusion, insisting that the police should investigate the matter to find out the killers.

SHO Muhammad Ali Marwat said the body was found in a car in Quaidabad’s Gulshan-e-Buner area, adding that Amanullah was running his own business in the area and it appeared that the murder occurred due to personal enmity.

The SHO said that Amanullah had been shot from the back seat. “The fatal bullet wound was near his right ear. The murderer was likely sitting on the back seat of the car as the wound suggests that the bullet was fired from a close distance,” he said.

Police team found a 9mm bullet shell in the car.

The body of the deceased has been sent to Jinnah Postgraduate Medical Centre (JPMC) for medico-legal procedures.

Speaking to the media, Zainullah Mehsud, brother of the deceased, said Amanullah had no rivalry with anyone and the police must not give an impression that the murder was linked to a rivalry or a robbery. Instead, he said, his family wanted comprehensive investigations. “We want the police to probe into the matter and find the people responsible for my brother’s death.”

The deceased was a resident of Zafar Town area in Quaidabad.