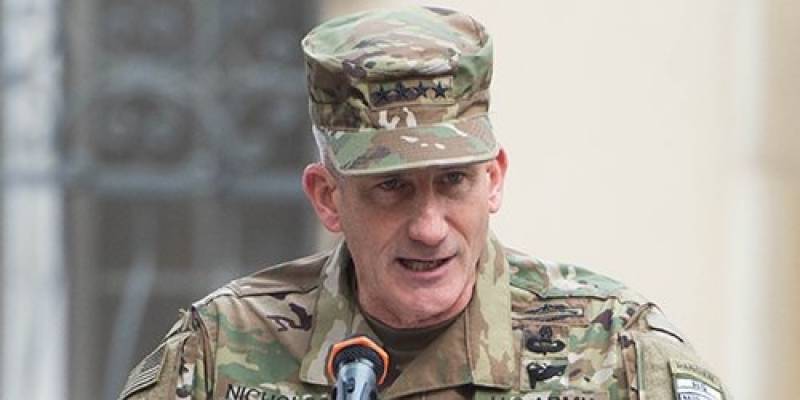 KABUL- General John Nicholson, the commander of US forces in Afghanistan has said that this year the Taliban will not focus on taking over major towns but instead the group will increase their suicide attacks to prove their strong presence.

He claimed that the Taliban leaders have decided that their fighters should no longer fight to takeover over big cities but instead carry out more suicide attacks to prove their strong presence in the country, TOLO News has reported.

Meanwhile a number of military commentators and members of parliament have raised deep concerns over a possible surge in security threats in the country.

According to Nicholson, the Taliban’s change of tactics shows that the pressure mounted on the group by the Afghan government and the international coalition has been effective as it has decreased their levels of motivation.

“To avoid major comeback but to prove their relevance by attacking isolated check points, by conducting high profile attacks, by attempting assassinations and so, what this represents is a lowering of their military ambition,” said Nicholson.

The Afghan ministry of defense meanwhile has said that Afghan National Army’s (ANA) Operation Nusrat will continue against the militants.