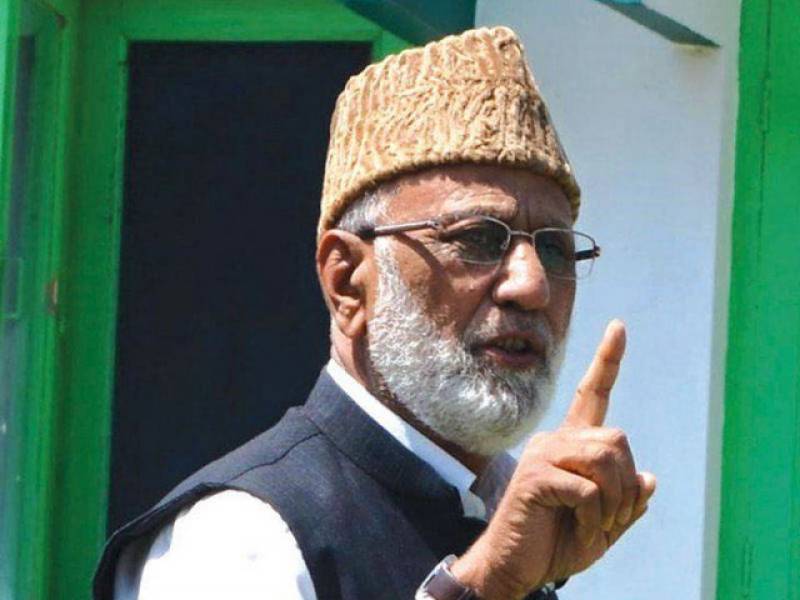 ISLAMABAD:In occupied Kashmir, Chairman of Tehreek-e-Hurriyat, Mohammad Ashraf Sehrai, has slammed the Indian government for keeping Hurriyat leadership in prisons and under house arrest to foil the holding of elections of his party.

Talking to media in Srinagar he said that party elections are due for the last two years but the Indian government and its cronies in occupied territory did not give them necessary space to conduct the elections. APP/AFP