Putin asks Russians on Twitter: Which US consulate to be shut down?
27 Mar, 2018 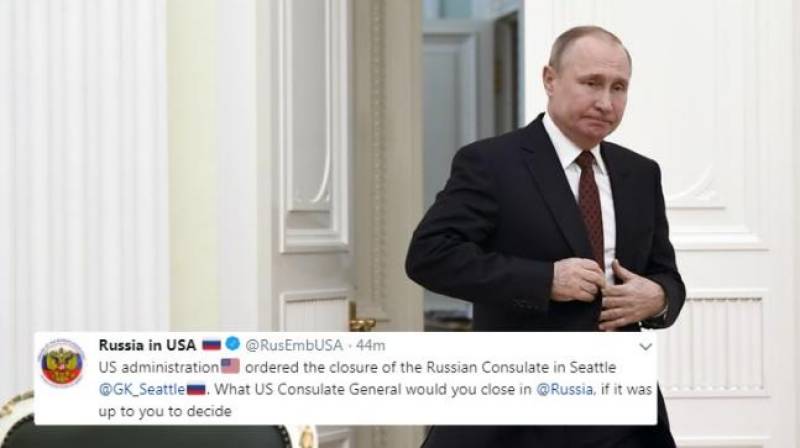 MOSCOW - Russia on Monday responded to the US government's decision to close its Seattle consulate by asking its Twitter followers which US consulate general they would close, if they had the power to do so.

"(The) US administration ordered the closure of the Russian Consulate in Seattle. What US Consulate General would you close in Russia, if it was up to you to decide?" the Russian Embassy in the US asked in a poll.

With 23 hours to go before the polls closes, over 2,000 responses have already been registered.

The US has said it will expel 60 Russian diplomats, joining governments across Europe in taking action against the Kremlin for a nerve agent attack on a former Russian spy in Britain that they have blamed on Moscow.

It was the toughest action that US President Donald Trump had taken against Russia since coming to office.

British Prime Minister Theresa May said the coordinated measures "clearly demonstrate that we all stand shoulder to shoulder in sending the strongest signal to Russia that it cannot continue to flout international law".

The Russian Foreign Ministry called the actions <link> a "provocative gesture" and promised to respond.