Nawaz Sharif at last expresses regrets over his moves against PPP government in the past
27 Mar, 2018 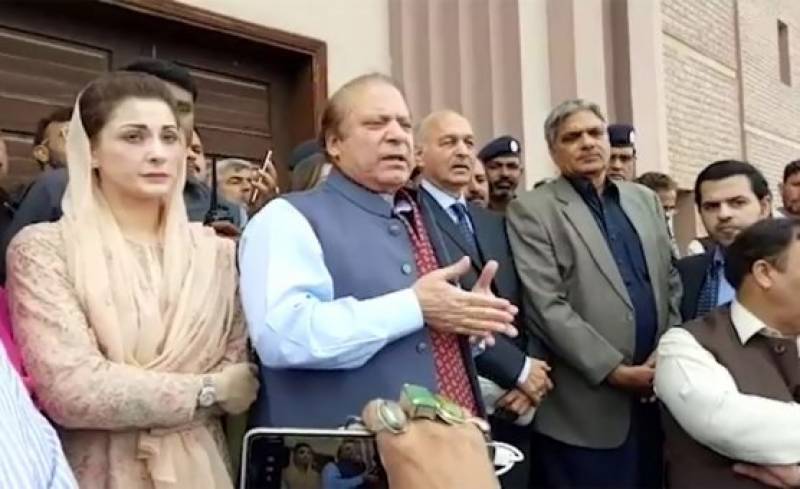 ISLAMABAD – Former Prime Minister Muhammad Nawaz Sharif has at last expressed some regrets over his mistakes in the past against PPP government.

He said that he should have not indulged in Memogate scandal because it does not take much time here to frame cases against anybody.

Talking to media outside the accountability court, he said that the cases can be framed against anybody but they believe in strength of vote and would not let recur the practices of the past.

The ex-PM said that his proposal to sit with state institutions was for the sake of law, constitution and democracy, adding that he has rendered sacrifices for democracy. “We had been upholding law and constitution and shall remain committed in future as well,” he added.

Sharif underlined the need for annulling laws of dictatorial regimes in one go as he asserted there was space for a better accountability law.

He expressed that recent experiences made him believe to do away with all laws enacted during dictatorial regimes. We can have better laws that the present National Accountability Bureau (NAB) law and there was an urgent need to repeal such laws that are used to victimize people, he added.

Further criticizing the anti-graft watchdog, he said that the NAB was badly used against people before 2002 polls as he feared recurrence of same events. “After experiencing all this I direly feel to repeal all such laws.

Commenting on the caretaker setup, Sharif said that he had consulted with Prime Minister Shahid Khaqan Abbasi on appointment of caretaker government.