In future i will be careful in even privacy of my home, begs Nehal Hashmi before SC
27 Mar, 2018 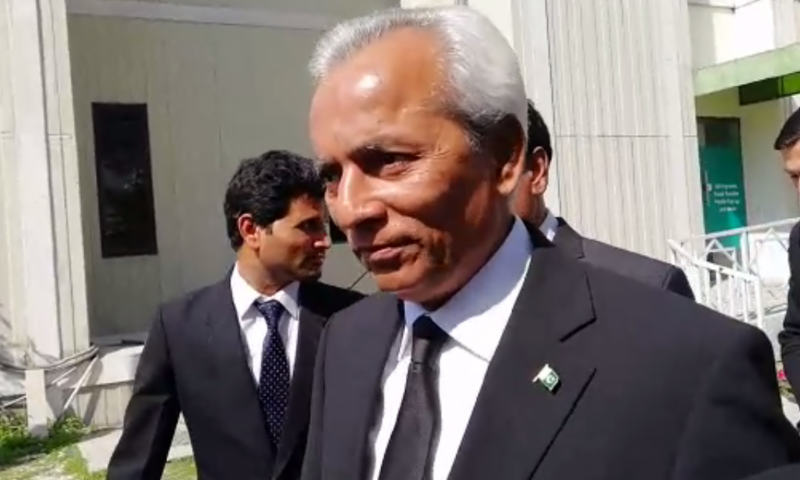 ISLAMABAD- Senator Nehal Hashmi attempted to verbally apologise for his remarks once again before the court, but Chief Justice (CJP) Mian Saqib Nisar asked him to submit a written apology instead.

"I am ashamed of my behaviour," Hashmi had said before the court, requesting the bench to exercise forgiveness. "In the future, I will try to be careful even in the privacy of my home. I will make an effort to not utter words that offend others even inside my car."

Yeaterday the court had directed the presidents of the Supreme Court Bar Association (SCBA) and Pakistan Bar Council (PBC) to appear before it today and give their opinions on whether Hashmi's licence should be revoked over his anti-judiciary statements or not.

SCBA President Kalim Khursheed told the court he had "no words that could explain the situation". He assured the SC he would keep fighting for the court's survival. Although Khursheed contended that what had happened was wrong, he urged the court to forgive Hashmi, citing the example of Hazrat Ali (RA) who had forgiven his enemy after defeating him in war.

"No normal person could have issued such a statement. Only a confused or crazy person could have said the things that Hashmi said," PBC Vice-Chairman Advocate Ahsan Bhoon said, adding that he believes the SC should forgive the former senator.