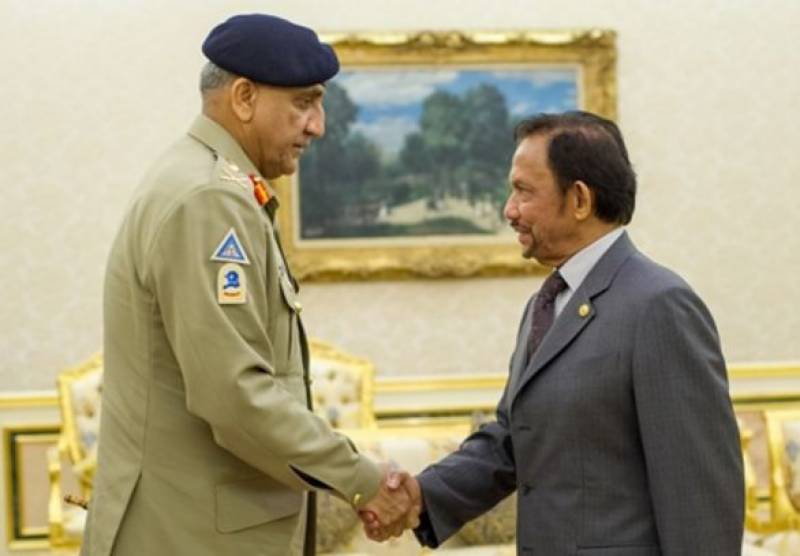 ISLAMABAD:The political and military leadership of Brunei has acknowledged Pakistan's achievements in fight against terrorism and efforts for regional peace and stability.

This acknowledgment was expressed during meeting between Chief of Army Staff, General Qamar Javed Bajwa and leadership of Brunei in Brunei Darussalam during his official visit.

The Army Chief met sultan of Brunei,Haji Hassanal Bolkiah Muizzaddin Waddaulah. Matters of mutual interest including bilateral defence cooperation and military to military ties between both the countries discussed.