US Senator lauds NSG for refusing membership to India
27 Jun, 2016 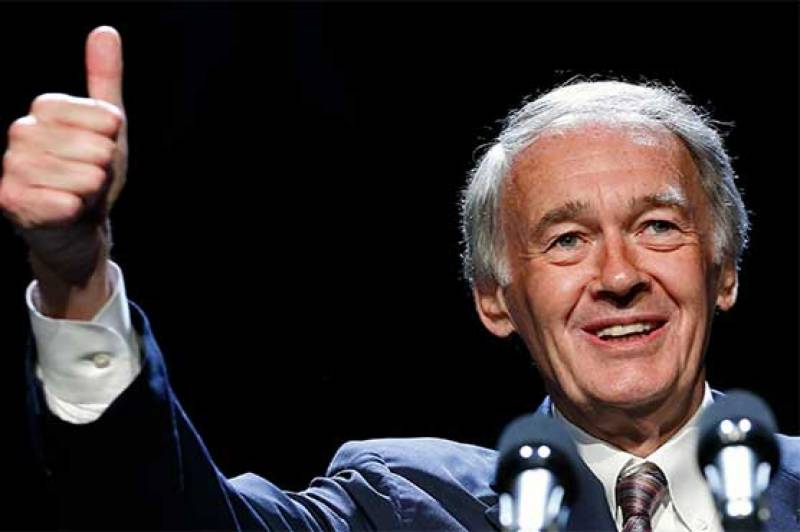 WASHINGTON: (APP) A US Senator from the Foreign Relations Committee has lauded Nuclear Supplier Group to decline India's request for membership, saying the decision has strengthened the broader global non-proliferation regime.

Senator Edward J. Markey from President Obama's Democratic Party, in a statement, praised the NSG decision for refraining from allowing Indian participation in the group.

"By refraining from admitting India, the NSG strengthened both the treaty and the broader global nonproliferation regime," the Senator said.

He argued that the NSG was founded in response to India's 1974 nuclear test, and it had worked for decades to prevent the sharing of technology that could contribute to the further spread of nuclear weapons.

"If India joined the Nuclear Supplier Group, it would be the only participating government in the organization that was not a party to the NPT, weakening the NSG’s commitment to the treaty," Senator Markey said.

Praising the decision, the Senator said that by refraining from admitting India, "the NSG strengthened both the treaty and the broader global nonproliferation regime."

Last month, at a Senate hearing on US-India relations, Senator Markey had severely criticized the Obama's administration for supporting India's bid as a 'dangerous policy' which, he warned, would lead to a nuclear arms race in South Asia.

Senator Markey warned that this would create an action-reaction chain leading to a never-ending escalation that would ultimately bring the battle-field nuclear weapons closer to the border of both Pakistan and India.

Earlier this month, the Editorial Board of America's most influential newspaper, the New York Times, had also strongly opposed Obama's support to India, saying New Delhi did not deserve to become NSG member.

The paper had argued that creating exception for India, which did not qualify to become member as it was not a signatory to the Nuclear Nonproliferation Treaty, would encourage Pakistan to expand its nuclear capability.