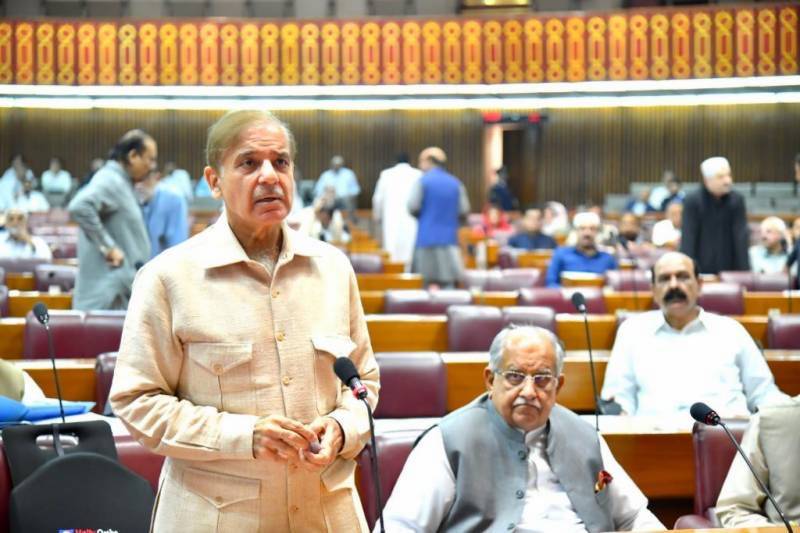 The premier made these remarks while addressing the National Assembly session, a day after the Supreme Court struck down Punjab Assembly Deputy Speaker Mazari’s ruling on the CM election case and declare Pervaiz Elahi a new chief executive of the province.

PM Shehbaz said he respects the judiciary, but accused judicial members of having ‘double standards’ with their treatment of different political parties.

He also lambasted the former chief justice for taking suo moto notices all the time. Raising questions about the judicial system, he asked why the foreign funding case's verdict is not being announced. “Did anyone take suo motu notice over this,” the premier questioned.

Referring to Imran Khan, the PM contended that for the first time, a ‘corrupt’ prime minister was sent home by the parliament through the power of votes.

Adding that he did not become the prime minister through the backdoor. He alleged the PTI government for violating the constitution through the National Assembly deputy speaker and the president by dissolving the NA.

PM further claimed to have a lot of secrets buried in his chest and also cautioned to disclose them at a reasonable time and place if ‘discriminatory’ treatment continues.

The prime minister lambasted the PTI government for its economic performance during its 3.5 years, adding that the new government resolved to come in power to save Pakistan from defaulting.