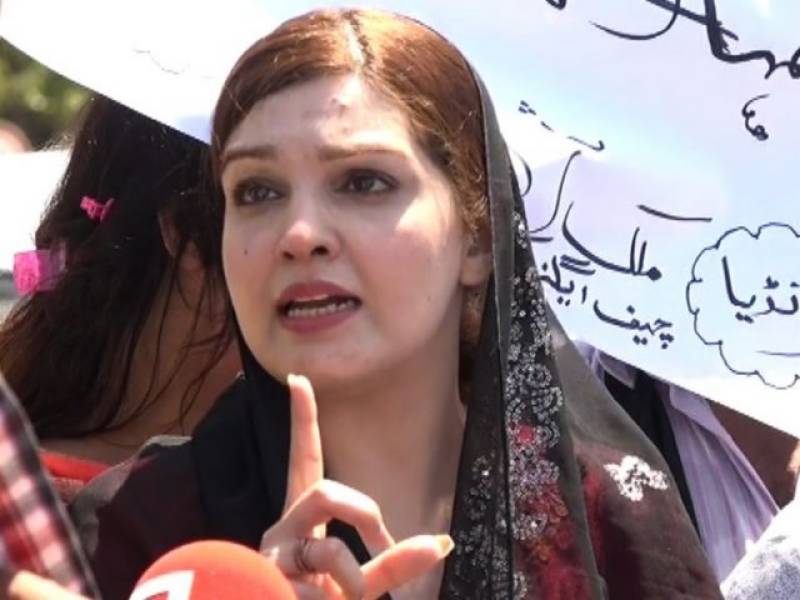 ISLAMABAD-Mishal Malik, wife of Hurriyat leader Yasin Malik, Monday urged the world community and human rights organizations to put pressure on India to release Kashmiri prisoners whose lives in jails were at grave risk due to coronavirus pandemic.

Talking to Pakistan Television she, voicing her serious concern over the prevailing situation, emerged after the coronavirus outbreak, said there had been over hundred COVID-19 positive cases in Indian occupied jails where mostly youth and those associated with separatist parties were detained.

She said mostly leadership of Kashmiris had been arrested and thrown behind the bars under the pretext of fake cases. Since the coronavirus epidemic threatens the lives of prisoners across the globe, there was a dire need to ask Indian government for releasing all prisoners without any further delay, she added.

She said the COVID-19 cases were increasing with each passing day and it may further spread due to over populated unhygienic jails' conditions.

She said the brutal Indian troops were deliberately targeting the innocent people of Kashmir to suppress their indigenous freedom movement.

The world was silent for its economic and strategic interests, she said, adding, it was high time for Pakistan to go forward for some systematic foreign policy approach and take more practical steps to stop Indian brutalities in the occupied valley.

Despite the COVID-19 pandemic, the Indian brutalities had not scaled down. India was a terrorist and oppressor state, committing ethnic cleansing in the Indian occupied Kashmir, she added.

Despite worst atrocities, the brave people of Kashmir would never give up and compromise on their legal right to self-determination, she added.

The introduction of new domicile law was a main tactic being used by New Delhi to bring Hindus from India and settle them in Kashmir, she added.

The illegal Hindu settlements in the occupied valley were a pre-planned agenda of the BJP, she said, adding, the innocent people of Kashmir were deprived of health, education and communication facilities.