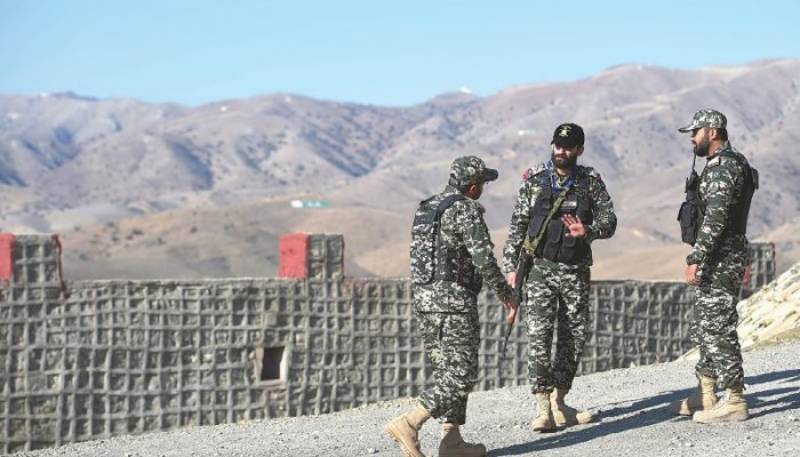 PESHAWAR – At least two Frontier Corps (FC) personnel were martyred and several others injured in an explosion on Bara Road of the Khyber Pakhtunkhwa capital.

Reports said that the FC vehicle was targeted in the attack.

Earlier in the day, a terrorist was killed in an intelligence-based operation in the Spin Wam area of North Waziristan district, the military media wing said.

A statement issued by Inter-Services Public Relations (ISPR) cited that security forces killed a terrorist in the North Waziristan district after they conducted an Intelligence Based Operation (IBO) against the terrorists in the northwestern region.

The operation was carried out in the Spin Wam area of North Waziristan on the reported presence of terrorists and one terrorist got killed during an intense exchange of fire, it said while weapon and ammunition were also recovered from his possession.

The slain militant was involved in terror-related activities against Pakistani security forces.