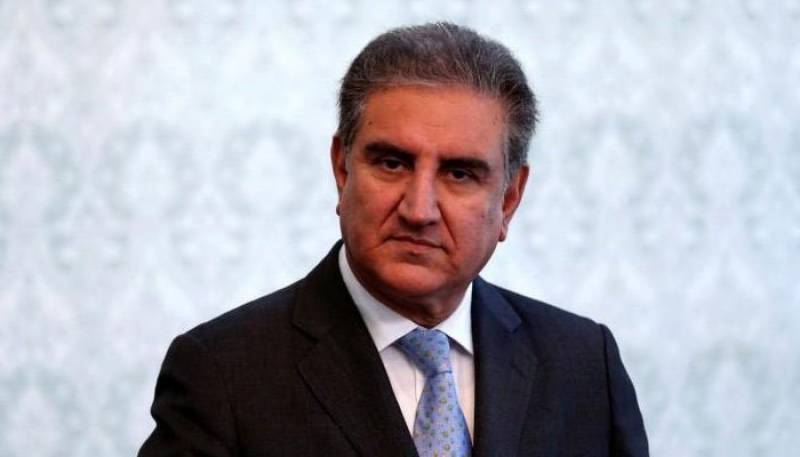 ISLAMABAD: Foreign Minister Shah Mahmood Qureshi Sunday slammed India for its hypocrisy and double standard at the United Nations, while voting on the Security Council’s resolution demanding Russia to stop its attack on Ukraine.

In a video message, Foreign Minister Qureshi, in a veiled reference to recent voting in the United Nations Security Council over Russia-Ukraine conflict, said the double standards of Indian Prime Minister Narendra Modi’s government had been exposed to the world.

“On one hand, it was declaring itself to be a part of the Quadrilateral Security Dialogue (QUAD) and claimed a net security provider, but on the other hand, when a resolution was tabled, it abstained,” he said adding that India called upon the West to support it vis-a-vis China, but when the time arrived, it gave mixed signals to those with whom it touted to have firm ties.

The United Nations in a statement said Russia vetoed a UN Security Council resolution on February 25 that would have demanded that Moscow immediately stop its attack on Ukraine and withdraw all troops, a move several Council members said was deplorable, but inevitable.

While 11 of the Council’s 15 members voted in favour of the text, China India, and the United Arab Emirates abstained.

With regard to the Indian botched airstrikes on February 27, 2019, Shah Mahmood Qureshi said that the nation was united and ready to give a befitting response to any aggression.

The foreign minister said that he wanted to salute the armed forces of the country for achieving success against terrorism and securing the future of every child of the country.