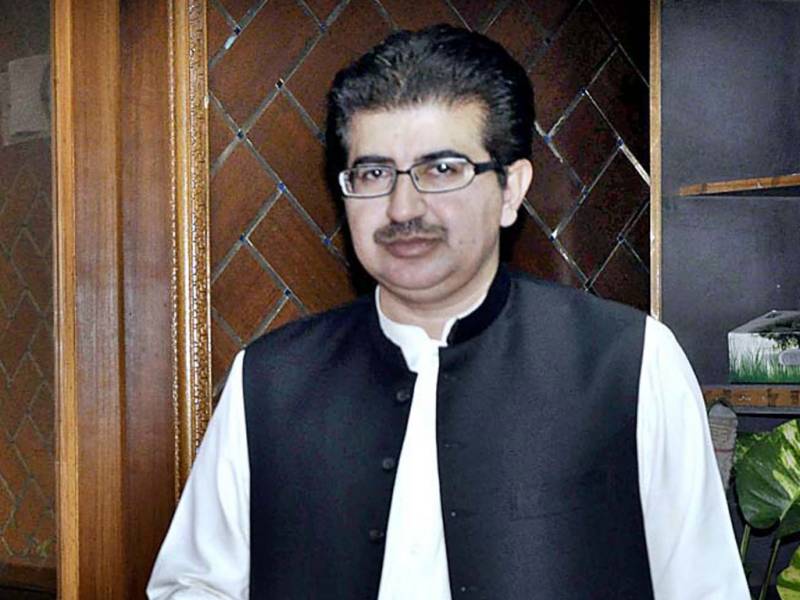 ISLAMABAD: Chairman Senate Muhammad Sadiq Sanjrani  Wednesday wrote a letter to heads, Speakers and presiding officers of Parliaments of member countries of Organization of Islamic Conference (OIC) demanding withdrawal of an invitation to India for attending Council of Foreign Ministers meeting in Abu Dhabi on March 1-2.

In the letter, he stated that the people, government and Parliament of Pakistan were highly appreciative of the historic and continuing support by OIC for the innocent people of Indian Occupied Kashmir facing unprecedented brutalities of Indian security forces.

However a recent decision to invite Indian Foreign Minister as the guest of honour at the 46th session of the Council of Foreign Ministers of OIC to be held in Abu Dhabi on March 1-2,  2019, had raised genuine apprehensions and critical voices among people of Pakistan and their elected representatives, he added.

Sanjrani said in his letter that OIC countries enjoyed cordial relations with Pakistan over the years not only at bilateral level but also at multilateral level especially at the Organization of Islamic Cooperation (OIC), which was the most prominent platform of the joint voice and brotherhood of Islamic countries.

He said Islamic brotherhood entailed feel the pain of the sufferings of Muslims across the world, beyond any geographic boundaries. In the same vein, plight of the Muslim brethren of Indian Occupied Kashmir (IOK) could not escape our attention and consideration.

“You will share the concern on grave human rights violations and state terrorism in IOK at the hands of Indian security forces for well over 70 years now.”

He said thousands of innocent Kashmiri Muslims including elderly, women and children had been killed, countless youth had been abducted and an even number of civilians had been incapacitated by brutal use of force like pellet guns.

The Chairman Senate said India continued its occupation of the disputed territory by denying the Kashmiris their right to self determination under the UN Security Council resolutions.

Pakistan had continued to provide diplomatic, moral and political support to Kashmiris in their just struggle for freedom and it was a matter of satisfaction that brother Islamic countries and OIC had also raised serious concerns on human rights violations in IOK from time to time, he added.

He said he was confident that the leadership of member countries of OIC would play an effective role in withdrawal of the invitation to India.