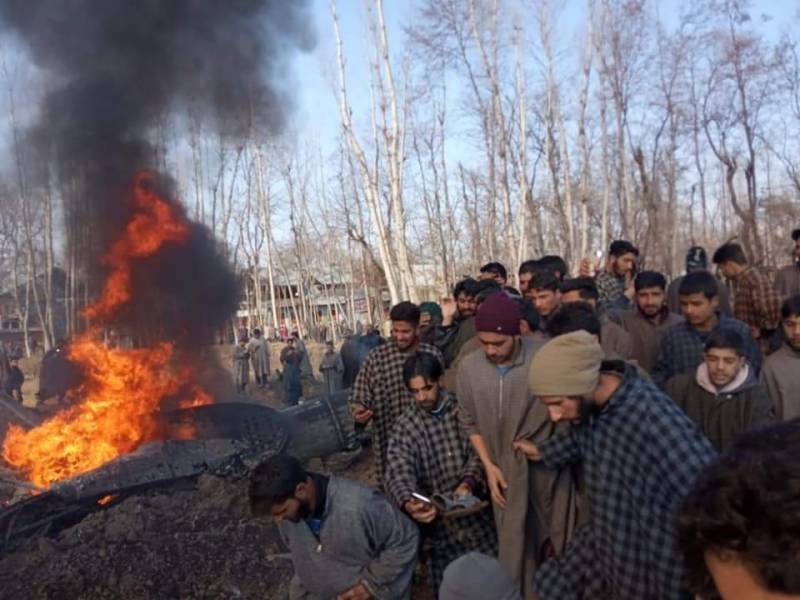 In a tweet, Director General ISPR Major General Asif Ghafoor said one of the aircraft fell inside Azad Jammu and Kashmir while other fell inside Indian occupied Kashmir. One Indian pilot arrested by troops on ground while two in the area.

Pakistan Air Force on Wednesday undertook strikes across the Line of Control from within Pakistani airspace.

This was confirmed by Foreign Office in a statement in Islamabad.

The Foreign Office spokesperson however said this was not a retaliation to continued Indian belligerence.

The sole purpose of strikes was to demonstrate our right, will and capability for self defence.

The Foreign Office Spokesperson said Pakistan has no intention of escalation, but are fully prepared to do so if forced into that paradigm. He said we undertook the action with clear warning and in broad daylight.

The foreign office said for the last few years, India had been trying to establish what they call a 'new normal' a thinly veiled term for doing acts of aggression at whatever pretext they wish on a given day. If India is striking at so called terrorist backers without a shred of evidence, we also retain reciprocal rights to retaliate against elements that enjoy Indian patronage while carrying out acts of terror in Pakistan.

He said we do not wish to go to that route and wish that India gives peace a chance and to resolve issues like a mature democratic nation.