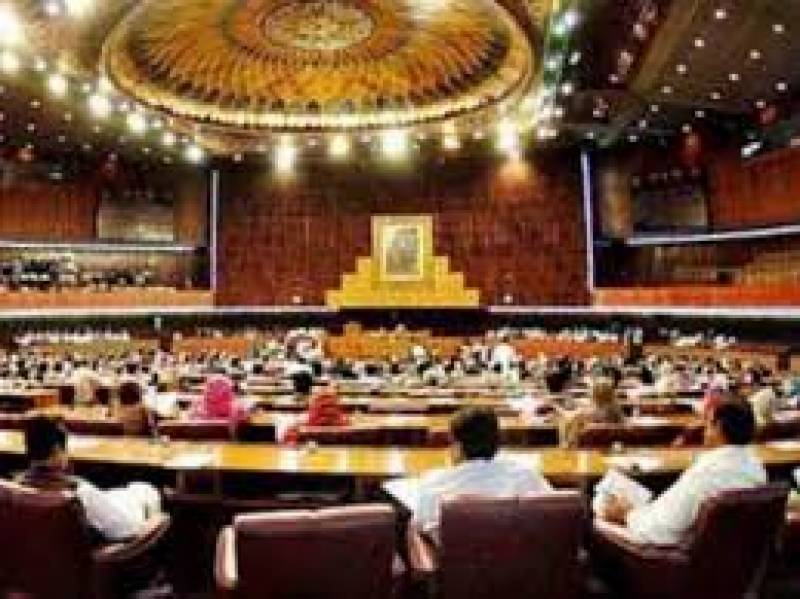 ISLAMABAD: (APP) The National's Assembly Standing Committee on Law and Justice Monday approved the Constitution (Twenty-fifth Amendment) Bill, 2017 to increase the entitlement of pension of widows of judges.

The committee, which met here with Chaudhry Mahmood Bashir Virk in the chair, approved the bill with amendment proposed in the fifth seclude of the Constitution regarding increase in the entitlement of pension of widows of the judges of Supreme Court of Pakistan and high courts from 50 per cent to 75 per cent.

The committee considered the budgetary proposals relating to Public Sector Development Programme (PSDP) for the year 2017-18 and another Constitution (Amendment) Bill, 2015 (Insertion of new Article 19-B) moved by Ms Munaza Hassan.

It recommended to approve all the 12 projects, including construction of Islamabad High Court building, office and official residence for Federal Tax Ombudsman (FTO), etc.

The Constitution (Amendment) Bill, 2015 (Insertion of new Article 19-B) (moved by Ms. Munaza Hassan) was also discussed in detail. The amendment pertained to the provision of right to social security to all the citizens of the country. The social security would cover the basic necessities like food, clothing and health cover through the system.