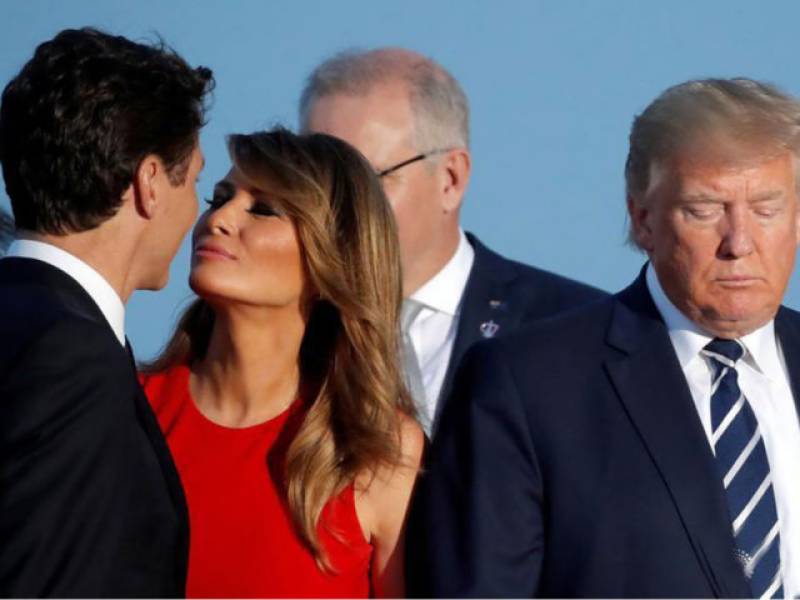 ISLAMABAD - There were a lot of happenings at the annual G7 Summit in France on Monday, but nothing is generating as much buzz as a photo of US First Lady Melania Trump greeting Canadian Prime Minister Justin Trudeau at a photocall.

A wrongly timed photo of Melania has gone viral where she can be seen smitten by Trudeau. A comically framed series of photos that seem to show Melania about to kiss Trudeau has gone viral, prompting online trollers to make fun about the first lady. Some have been saying that she has found love north of the border. Many news channels have been cashing-in the awkward moment.

On Twitter, the Melania-Trudeau encounter has become a meme. Take a look at some of the funniest reactions it has inspired. “Melania is ready to risk it all,” quipped one Twitter user.