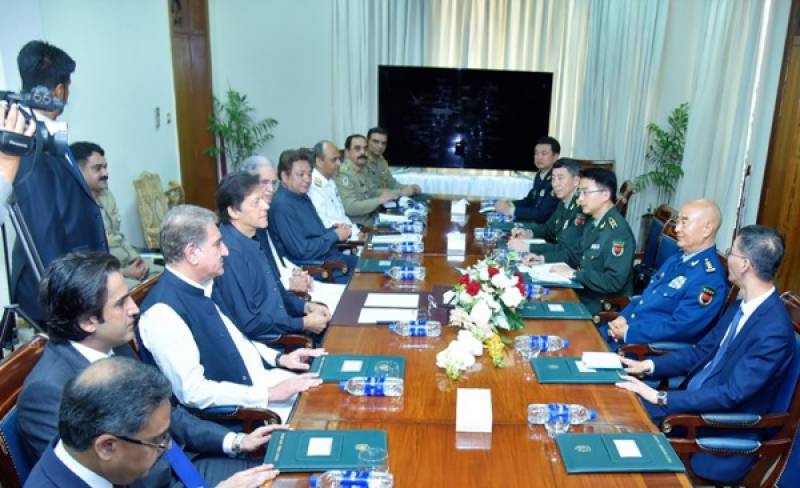 Underscoring the importance of the time-tested China-Pakistan strategic partnership, he conveyed the Chinese leadership’s commitment to the time-honoured tradition of both countries supporting each other on issues of core national interest.

General Xu is leading a high level delegation to Pakistan to discuss issues of mutual interest for Pakistan and China, PM Office Media Wing in a press release said.

During the meeting, Prime Minister Imran Khan underlined the unique quality of the time-tested, Pakistan-China all-weather strategic cooperative partnership, describing it as an anchor for peace and stability in the region and beyond.

The prime minister thanked China for supporting Pakistan’s approach to the UNSC, following India’s unilateral and illegal actions and the ongoing humanitarian crisis in the Indian Occupied Jammu and Kashmir (IoJ&K).

During the meeting, it was agreed that Pakistan and China would continue to closely consult and coordinate for the promotion of peace and stability in the region and maintenance of strategic balance.