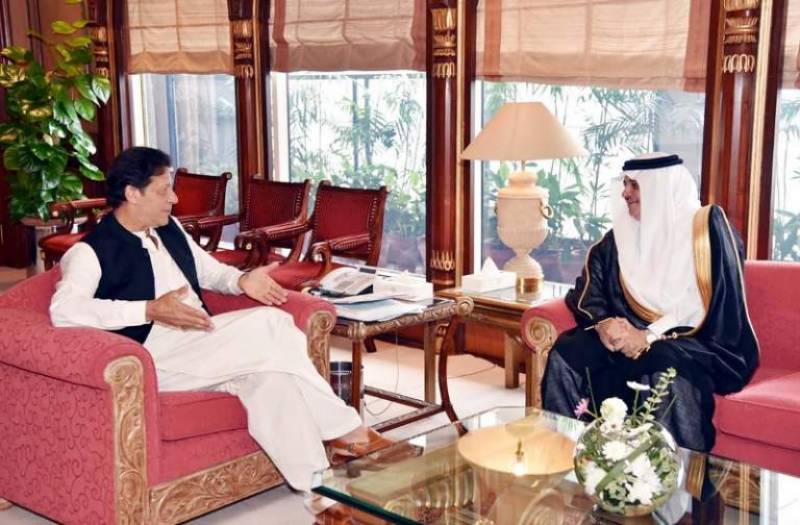 ISLAMABAD – The Saudi Arabian and the Chinse ambassadors to Pakistan held separate meetings with Prime Minister Imran Khan at the PM Office in Islamabad on Monday.

While in another meeting held between the prime minister and the Chinese ambassador to Pakistan Yao Jing, both discussed Pak-China relations besides China Pakistan Economic Corridor (CPEC) and regional issues. Ambassador of China to Pakistan Yao Jing calls on Prime Minister Imran Khan at PM Office Islamabad on Monday.

The Chinese envoy also met the Federal Minister for Finance, Revenue and Economic Affairs Asad Umar, the Foreign Minister Shah Mehmood Qureshi at the Ministry of Foreign Affairs and the Speaker National Assembly Asad Qaiser at the Parliament House in Islamabad today.

Talking to the Chinese ambassador, Asad Qaser said that Pak-China friendship is exemplary & both Countries have supported the stance of each other on different issues and the new government will take every possible step to complete CPEC.