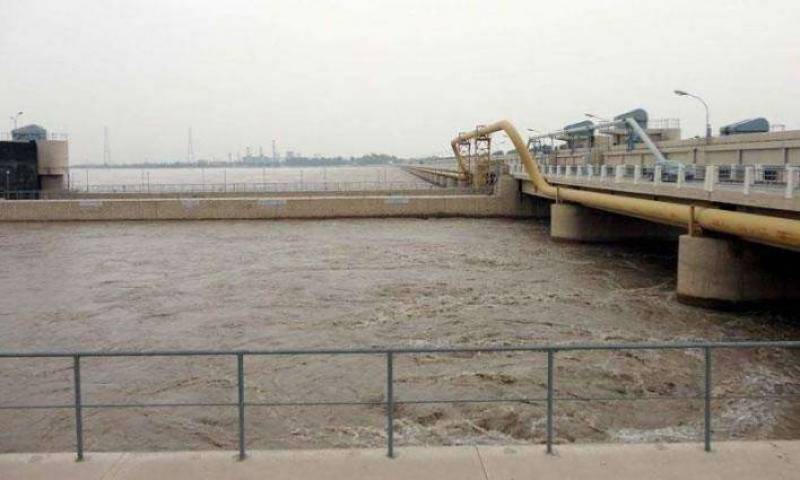 ISLAMABAD: The Federal Flood Commission (FFC) has said that River Indus with rising trend in Kalabagh-Chashma Reach is flowing in low flood while all other main rivers including Jhelum, Chenab, Ravi and Sutlej are flowing normal.

According to daily flood situation, FFC report on Sunday, the actual river flows and reservoir elevations indicates that Tarbela Dam has attained its Maximum Conservation Level (MCL) of 1550 feet. Mangla reservoir elevations on the other hand is still 1174.7 feet which 67.3 feet below its MCL of 1242 feet.

According to FFD, Lahore, at present Weak Seasonal Low persists over Northern Balochistan and is a source of moist currents which are penetrating into upper parts of Pakistan upto 3000 feet. A fresh Monsoon Low has developed over Northwestern Bay of Bengal (India), it mentioned.

It further added that yesterday yesterday's trough of Westerly Wave over Northeastern Afghanistan today lies over Northern parts of Pakistan.

The FFD, Lahore has predicted scattered thunderstorm and rain with moderate falls at isolated places over upper catchments of Rivers Jhelum Chenab, Ravi, and Sutlej besides over Rawalpindi, Sargodha and Gujranwala Divisions of Punjab and also Malakand, Hazara and Peshawar Divisions of Khyber Pakhtunkhwa during the next 24 hours.

Isolated thunderstorm and rain may also occur over the upper catchment of River Indus besides Lahore and D.G. Khan Divisions of Punjab, Bannu and Kohat Divisions of Khyber Pakhtunkhwa during the same period, the report said.

The reported further stated that during the next 48 hours wet spell is likely to decrease.