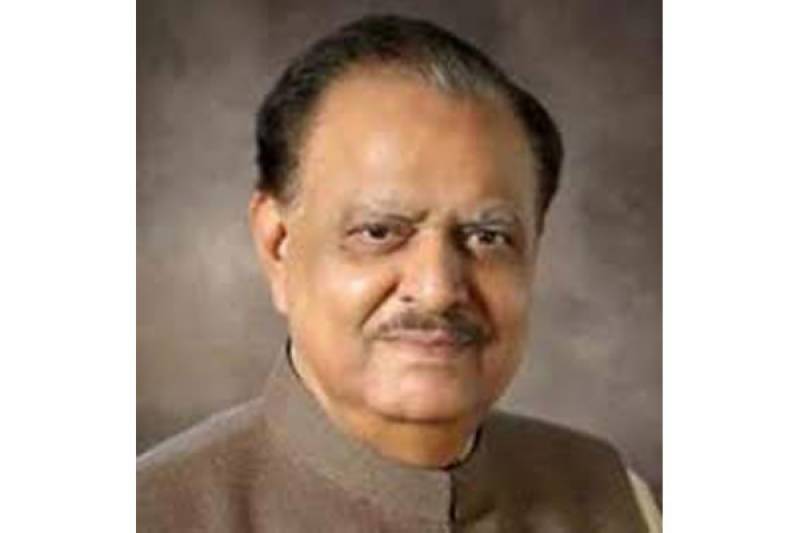 EDINBURGH, Scotland - The Scotland’s Royal College of Physicians of Edinburgh on Monday conferred the honorary fellowship on President Mamnoon Hussain at a special investiture ceremony held here at the prestigious institution.

Prof. Derek Bell, President Royal College of Physicians of Edinburgh conferred the award on President Mamnoon. The accolade is reserved for world leaders for making exceptional contribution to society in medical science. President Mamnoon in his address here at the ceremony attended by the doctors’ fraternity, Fellows and Councilors, said it was a moment of pride for him and the country for receiving the fellowship from the institution which had rendered remarkable services in the field of medicine worldwide and also in Pakistan.

The President expressed satisfaction that the Institute on his request had decided to conduct the examination of International Certification for Pakistani doctors within the country, which would be beneficial for both Royal College and Pakistani doctors.

President Mamnoon said in this way, the young Pakistani doctors would have an opportunity to utilize the best research facilities.

Also, he said the Pakistani doctors with immense experience in professional practice regarding the examination and treatment of patients could prove very useful for the research and medical journals of the Royal College. President Mamnoon congratulated the Royal College of Physicians and its management on its decision and expressed confidence that the cooperation between medical institutions of Pakistan and Royal College would continue to grow in the future.

Professor Bell in his remarks said it was an honour for the College to host President Mamnoon Hussain and mentioned that during his visit to Pakistan early this year, he was impressed by the range and quality of services in the hospitals.

On cooperation between the College and medical institutions and programmes in Pakistan, Professor Bell said it was an excellent and exciting opportunity for international medical collaboration, and added that his organisation looked forward to working closely with physicians from Pakistan.

Earlier, President Mamnoon participated in the roll-signing ceremony and took a tour of the College’s Georgian buildings on Queen Street.