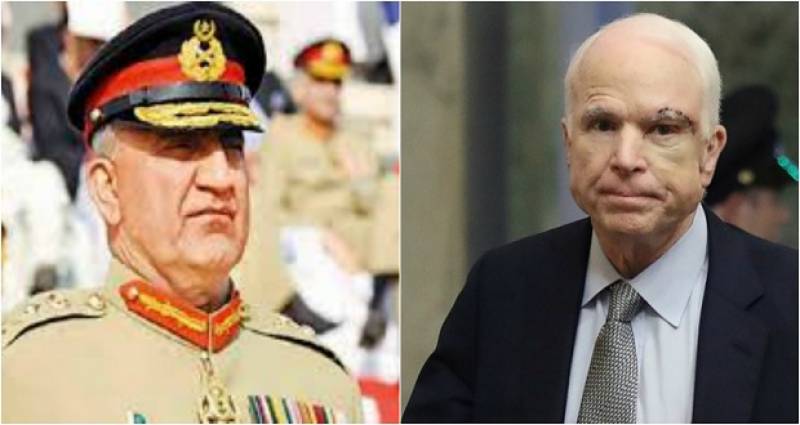 ISLAMABAD: Chief of Army Staff General Qamar Javed Bajwa has responded over the death of US Senator John McCain.

“McCain was a distinguished war veteran and an accomplished representative of his country.

A friend of Pakistan who believed in great potential of Pak-US relations for common good of both countries”, the statement quoted the COAS as saying.