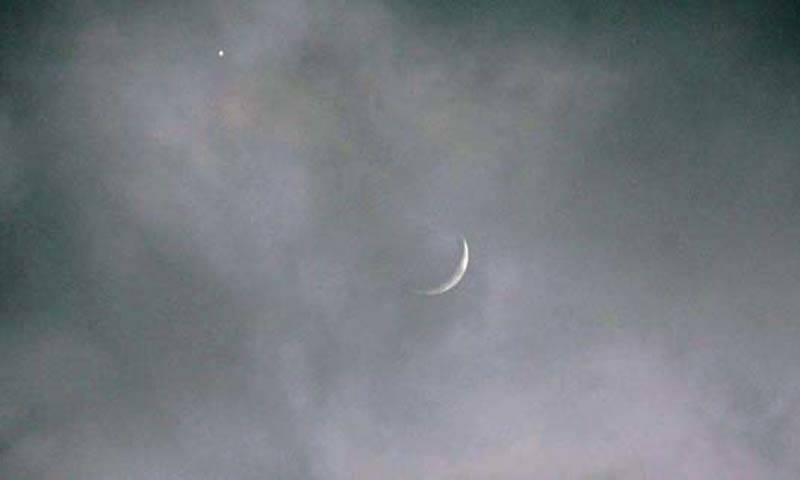 The new moon of Zilhaj, 1437 AH will be born on crossing conjunction point at 14-03 PST on September 01, an official of Met office told APP.

Aa par climate record, the weather is expected fair/partly cloudy in most parts of the country. In case of any unusual weather over these areas, weather may be partly cloudy to cloudy over provincial and federal capital areas.