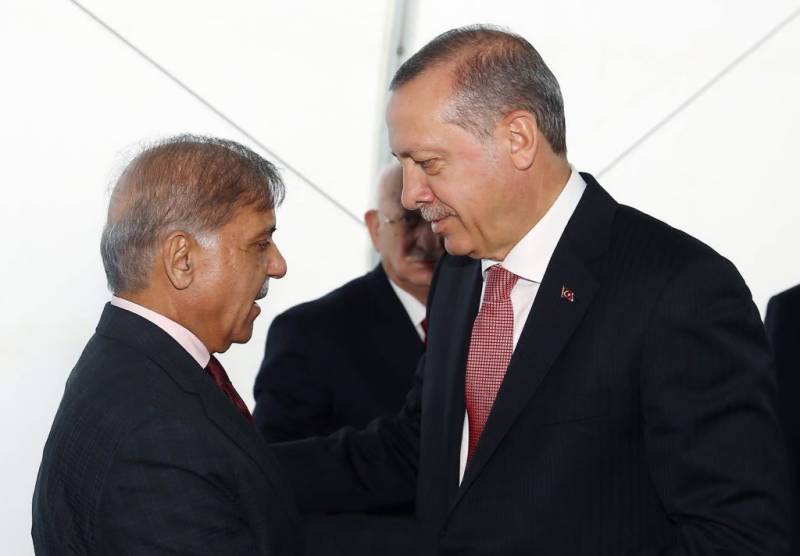 He was given special invitation by Turk President Recep Tayyip Erdogan for the ceremony.

The participation of Chief Minister Shehbaz Sharif along with presidents and prime ministers of different countries in the function reflect the deep friendship between Pakistan and Turkey.

Shehbaz Sharif congratulated Turk President Recep Tayyip Erdogan over the construction of the most modern bridge and said that extraordinary progress made by Turkey under his dynamic leadership is an example for other nations.

Turk engineers and experts under the leadership of Turk President have constructed the widest bridge of the world at the meeting point of Europe and Asia. Yavuz Sultan Selim Bridge is a masterpiece of engineering and construction and given a new route to Europe from Turkey.

Participation of various prime ministers and leaders of the world in the inaugural ceremony highlights the importance of this unique bridge.

Construction of a big hanging bridge of the world is a tremendous achievement of Turk engineers and they have also proved their expertise by laying 60 feet wide double tracks of railway on this bridge.