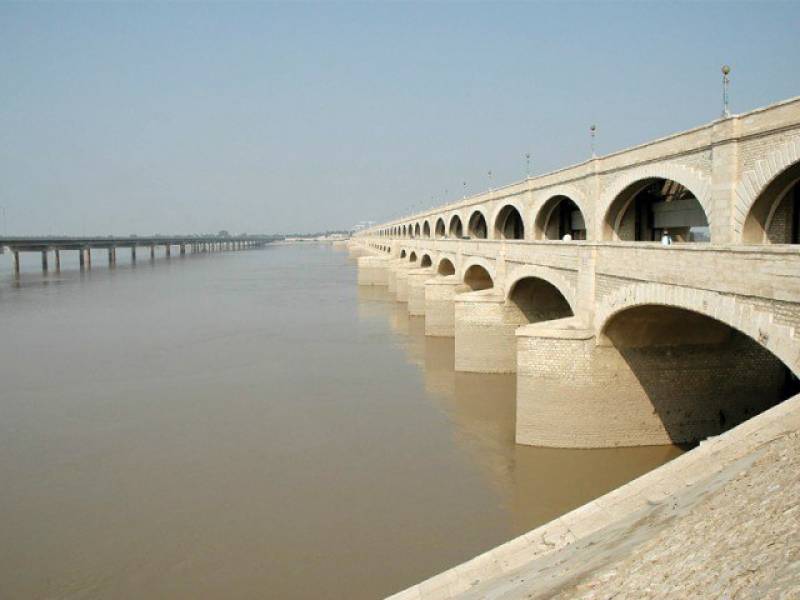 HYDERABAD: (APP) Bidding process for the Guddu barrage rehabilitation and modernization project has been finalized with the lowest bid offered by Descon engineering that was handed over to technical team for evaluation.

Spokesperson of Sindh Irrigation Development Authority (SIDA) informed APP on Saturday that an umbrella project - Sindh Barrage Improvement Project (SBIP)- was being implemented for improving the reliability and safety of the barrages situated on river Indus in Sindh province besides strengthening Sindh Irrigation Department's capacity to operate and manage the barrage.

Under the project rehabilitation and modernization of Guddu Barrage to be carried out in first phase with estimated cost of Rs. 1979 million and the date of completion was set June 2020.

According to sources at irrigation department, the bidding process for construction works of the project was held the other day in which Descon engineering of Pakistan, China Harbor Guangxi Hydro electric and Cinotech Xejiang JV offered their bids and Descon was selected for offering the lowest bid in presence of concerned officials and representative of Transparency International. The bid would be evaluated by the technical team and then its report and bid documents would be forwarded to financing partner IDA for further evaluation.

SIDA spokesman informed that primary function of the Guddu Barrage was to provide irrigation water to over one million hectares of agricultural lands in the Jacobabad, Larkana, Sukkur and the Naseerabad districts, by feeding the Ghotki Feeder and Rainee canals on the left (east) side and the Begari Sindh (BS) Feeder and Desert Pat Feeder canals on the right (west) side.

The Guddu Barrage has a span of 1,400 meters. It consists of 64 gates of 18 meters each and one navigation lock with a span of 15 meters.

The barrage is also used for river control and flood management.

It has been designed to pass a super-flood discharge of up to 33,980 cubic metres per seconds (m3/sec). The barrage is also an important transport link across the River Indus and provides cooling water for the thermal power station at Guddu while two major gas lines cross the barrage.

The barrage was commissioned in 1962 and has now seen over 50 years of active service.

Sindh Barrages Improvement Project (SBIP) under which the Guddu Barrage rehabilitation will be carried out is needed due to natural ageing of the infrastructure.

The rehabilitation work will eliminate possible sources of failure and potentially give the structure another 50 years of life.

The SBIP will support the gate replacement works to improve the regulation and the flow of the barrage, the replacement of 64 main barrage steel gates, 25 main canal head regulator gates, and hoist gears including all mechanical and electrical equipment.

This project will also finance the independent Panel of Experts, who will review, monitor, evaluate, and help guide the rehabilitation process with regards to the safety of the barrage.

The primary beneficiaries include over 2.6 million people, across three million acres of irrigated land in Kashmore, Ghotki, Jacobabad, Sukkur, and Shikarpur districts of Sindh, and Nasirabad and Jafarabad districts of Balochistan, who will receive reliable supply of water while local communities in flood-vulnerable areas who will benefit from improvement in flood management and reduction in risks of embankment breaches; since the capacity of the barrage to pass flood waters will improve as well.