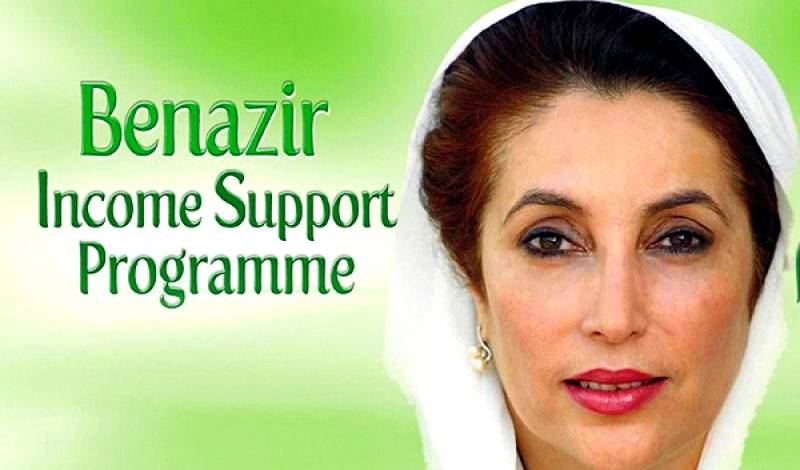 Around 16,255 complains related to fake BISP prize money Short Messaging Service (SMS) were received and over 7000 numbers have been blocked with the intervention of Federal Investigation Agency (FIA), official sources told APP.

50,000 BISP Beneficiary Committees (BBC) committees have been set up for awareness which can be used for other programs like immunization, family planning, malnutrition and violence against women.

They further informed that a weekly radio talk show is also being conducted regularly to take live calls and resolve the issues of beneficiaries on spot.

They further informed that latest trends has been introduced for quick delivery of payments to BISP beneficiaries and at present, 11 districts are on Pakistan Post, 122 on Benazir Debit Card ATMs, one on mobile banking, and five on biometric payment mechanism.

"In September, new system of biometric verification is being started which should take one year to cover entire Pakistan and make system safe", they told APP scribe, adding that the Internal Audit department gives periodic reports for each department and district and immediate action is taken if there is any connivance among bank, ATM guards, agents, and BISP officials.

Sources further stated that the pilot phase of new poverty resurvey was also kicked off on June 15 from Haripur district.

For ensuring the resurvey fool proof, tablets, not forms, are being used and its record is completely computer based not paper based. It has an operational review process for double checked data.

Local governments, media and civil society have access to a hotline for complaints so that survey details can be improved. The Poverty Means Test and scorecard methodology have been technically improved and more filters have been added, official sources said.

They informed that survey is testing desk based approach where women come to desks in each union council. Door to door approach is also being employed.

In the targeted 16 districts of the current year, BISP has adopted desk approach in four districts, while remaining 12 districts would be covered through door to door approach.