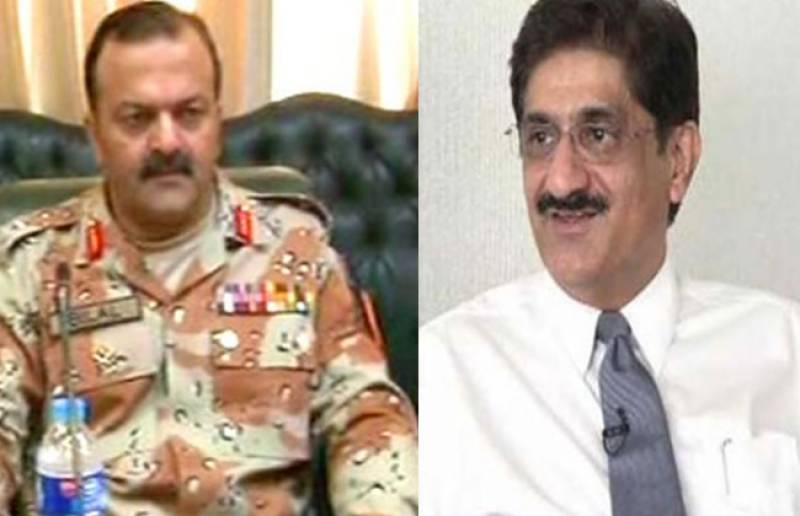 Therefore, indiscriminate action against the criminals must be continued. "We are committed to purge this city of terrorists and criminals."

This he said while talking to DG Rangers Major General Bilal Akbar who called on him here at the CM House on Saturday, said a statement.

The Director General Pakistan Rangers, Sindh briefed the CM Sindh on overall law and order situation in the city, particularly on targeted operation.

The intelligence-based operation has produced tangible and peace restored in the city.

The CM Sindh said that the hard work of law enforcement agencies, political will of his government, collective wisdom of all the political forces and top of it strong support of citizens of Karachi are the main contributing factors to restore peace in the city.

"Now, the big challenge is to maintain peace in the city for which everyone has to work hard and support the government," he said and added he would be working for best law and order in the city for brining foreign investment and flourish the industrial activities.

"We would also encourage art, craft and literary activities in the city," he said.

Syed Murad Ali said that he would not allow anybody to create unrest, harassment and wave of fear in the city.

"Enough is enough - I am committed with the people of this city to provide them a congenial atmosphere in which they can enjoy their life, focus on the education of their children and improve their livelihood," he said.

He added that now he has started giving special attention to the street crimes.

The CM Sindh said that there was a dire need of focusing on educational institutions, particularly the universities so that educational atmosphere could be developed.

"My agenda is the agenda of the people of Karachi - I am one of them and I am sure they would not only support me but extend their helping hand in implementing my agenda to best law and order, good education and best health services," the CM Sindh said.

The DG Rangers said that his force was working hard to make the targeted operation successful.