Pakistani Ambassador in Washington makes offer to the US businessmen
27 Apr, 2022 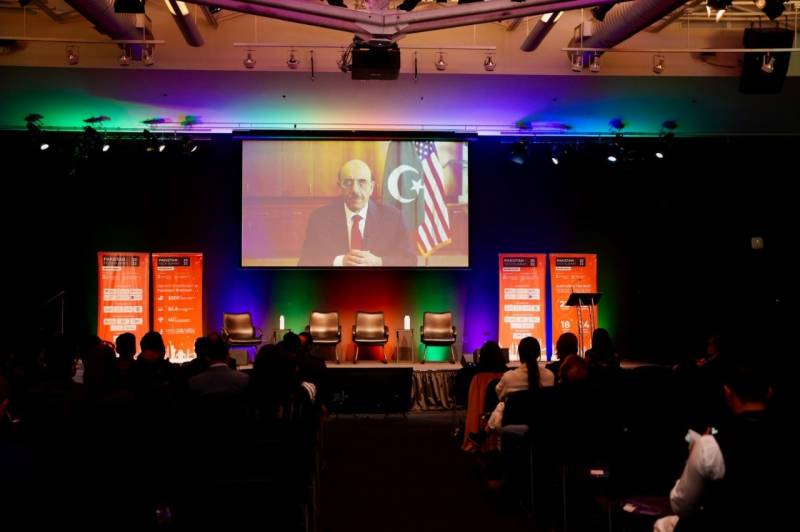 Ambassador Masood Khan has said that the time is ripe for strengthening tech bonds between Pakistan and the United States.

"The US is ready to help and we are ready to join the IT revolution by integrating and absorbing innovations in US technologies."

The Ambassador was addressing Pakistan Tech Summit 2022 - Silicon Valley USA. He said that the Summit provides business leaders, tech entrepreneurs and technology experts from Pakistan a platform to come together and form synergies, build bridges between Silicon Valley and the Pakistani startup ecosystem and join hands for a bright future of Pakistan. "You are already on a roll", he said.

Ambassador Masood Khan observed that more than 64% population of the country is below the age of 30 years and a growing middle class was expected to cross the 100 million marks soon. This youth bulge combined with the growing middle class promised bright prospects for the growth of IT sector in the country. In the past 18 months, tech startups in Pakistan have earned half a billion dollars mainly supported from the United States. He said that the sector was poised to generate tens of billions of dollars within the current decade.

Mr. Khan said that the Government of Pakistan will continue to take steps to create a hospitable environment for tech industry. He said that regulations were being made business friendly, ease of doing business was a priority and incentives were being given to venture capitalists.

Recounting various incentives being offered to promote tech sector, the Ambassador said that investors were being facilitated to repatriate their funds; legislation was afoot on data protection and issues related to intellectual property were being addressed. "We are planning to open a consulate general in the Bay Area to link Silicon Valley with Pakistan to spur and support growth of startups in Pakistan", assured the Ambassador.

He encouraged participants to share the outcome of their deliberations during the summit and to identify the areas where the government and embassy's intercession could help.