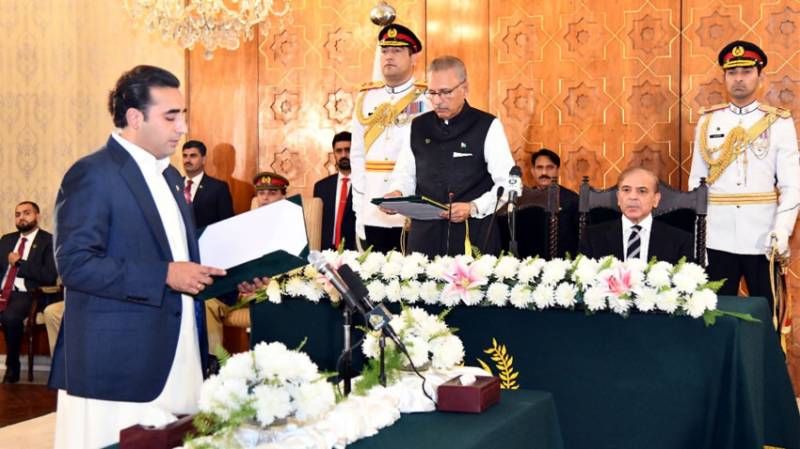 Bhutto scion, 33, has also clinched the title of youngest foreign minister in the history of Pakistan and this is the first time he will be serving as a federal cabinet member.

After taking oath as foreign minister, young Bhutto called on President Arif Alvi at the presidency where both sides discussed matters of mutual interest.

PPP chairman earlier revealed rationale behind joining Sharif’s cabinet. He mentioned that one-sided decision making was not possible and it was up to all the political parties to find solutions to the problems jointly.