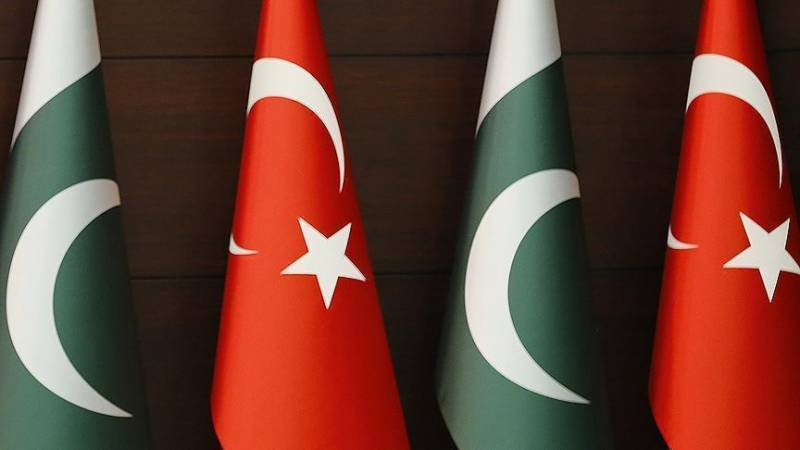 The President of Pakistan had conferred the prestigious “Hilal-i-Pakistan” upon Ismail Kahraman, leading politician and former Speaker of the Turkish Grand National Assembly, said a message received here.

The president also conferred “Hilal-e-Imtiaz” upon Prof. Dr. Recep Akdag, former Deputy Prime Minister and former Health Minister. The awards were conferred upon the Turkish dignitaries for their services for promoting and strengthening Pakistan-Turkey relations.

Qazi said that Pakistan-Turkey relationship has been nurtured by enormous efforts of our earlier generations. He said the responsibility lies with us to further strengthen it and pass this sacred trust to our younger generations.

Ismail Kahraman and Dr. Recep Akdag in their remarks thanked the Government of Pakistan for the conferment of these prestigious awards on them. They reiterated the resolve to continue their efforts for the promotion of Pakistan-Turkey brotherly ties.

It is pertinent to mention here that Ismail Kahraman has been one of the distinguished figures of the Turkish politics. His unwavering friendship and love for Pakistan and its people have been the hallmark of his illustrious political career.

As a young student during 1965 India-Pakistan war, he organized a mass public rally in Istanbul in support of Pakistan’s principled position on the Jammu & Kashmir.

Kahraman has also rendered innumerable services for strengthening Pakistan-Turkey relations throughout his political career, including by providing unequivocal support to Pakistan at all international forums.

Dr. Recep Akdag has an illustrious professional and political career. He has proved to be a sincere friend of Pakistan. As Minister for Health, he has rendered innumerable services for the uplift of the public health system in Pakistan.

Turkish Parliamentarians, representatives of various ministries, departments, media, and members of Pakistani community were present at the event.