In a diplomatic blow for India, US rejects trade deal with Delhi
26 Sep, 2019 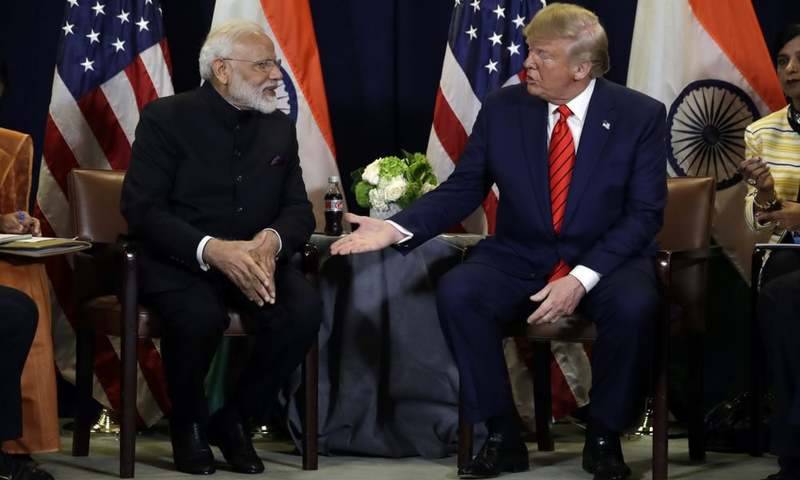 *NEW YORK - **In a diplomatic blow for India, US rejects trade deal with Delhi as Washington refused to show flexibility over trade concessions to the Indian government, **The Hindu*, reported link .

The report revealed that despite Commerce Minister Piyush Goyal’s presence in New York to conclude a trade package with US Trade Representative (USTR) Robert Lighthizer, the two sides failed to reach an agreement.

The announcement of an agreement was expected to coincide with Tuesday’s bilateral between Prime Minister Narendra Modi and President Donald Trump.

While Foreign Secretary Vijay Gokhale did not share details on why a trade package could not be concluded.

The US wanted greater access to Indian markets for medical devices, such as stents and knee implants, ICT and dairy products and sought the removal of price caps.