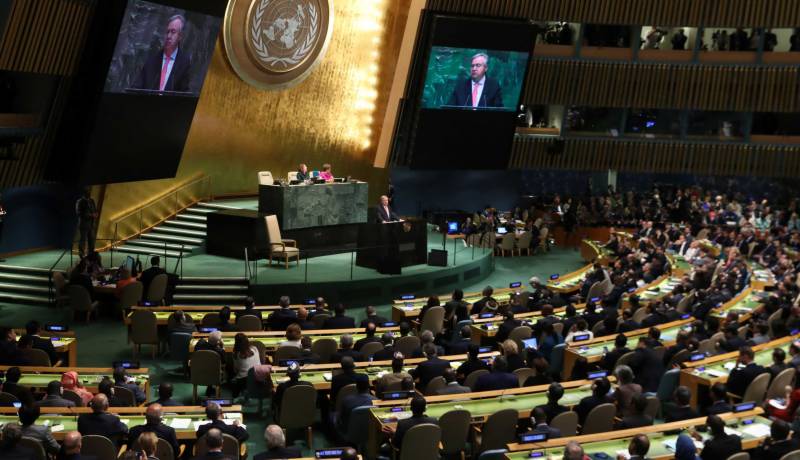 Foreign Minister Shah Mahmood Qureshi is leading the Pakistani delegation at the session. He will address the session on Saturday.

In his opening address, Secretary-General Antonio Guterres has warned that world order is increasingly chaotic and shifts in the balance of power may increase the risk of confrontation.

He also defended his administration's nurturing of better ties with North Korea and its hard line on trade with China.

Iranian President Hassan Rouhani on the occasion said world security is under threat by some states' "recklessness and disregard" of international values and institutions.

Turkish President Recep Tayyip Erdogan called on all parties to support "just and sustainable political solution" in Syria with constructive approach, to prevent a humanitarian catastrophe.

Qatar's leader Sheikh Tamim called on the UN General Assembly to reject "the rule of force" to resolve political and security disputes in the world and the Middle East.

Jordan's King Abdullah called on world leaders to work together to put the Israeli-Palestinian peace process back on track.