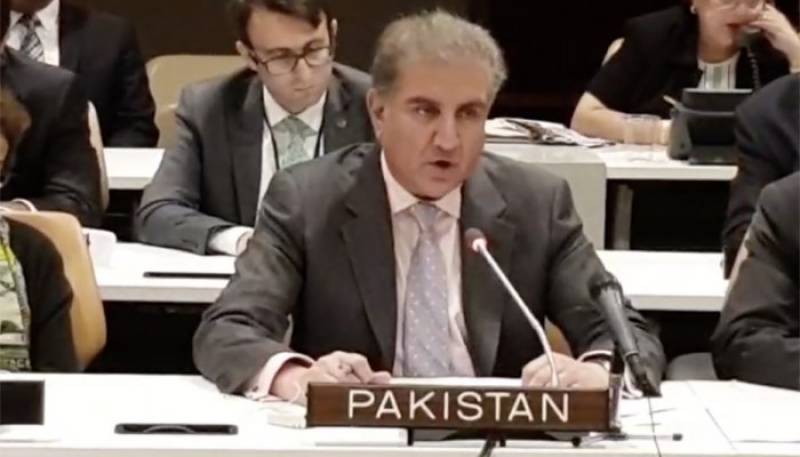 He called upon the United Nations to constitute an inquiry commission to probe into human rights violations committed by India in the occupied Kashmir valley.

Qureshi was addressing a session of Organisation of Islamic Council (OIC) Contact Group in New York.

The foreign minister cited the first-ever UN report, released in June, on Kashmir rights violations, and said the UN High Commissioner for Human Rights has recommended to constitute such a commission.

He called upon the high commissioner to expedite the committee constitution and appoint a special rapporteur for the purpose.

“Kashmiris are subjugated to horrific treatment and the method engineered by the security forces are unique to perpetrate maximum reign of terror,” Qureshi said.