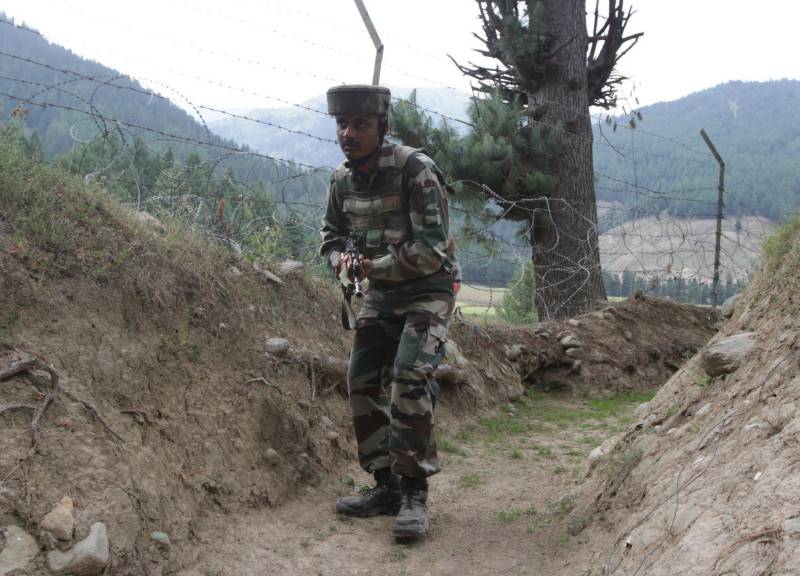 ISLAMABAD: The Chairman of All Parties Hurriyat Conference, Syed Ali Gilani in Indian occupied Kashmir, paying rich tributes to the youth martyred by Indian troops in Tangdhar and Sopore has denounced the Indian policy of dealing with the political issue of Kashmir with military might.

According to Kashmir media service , Syed Ali Gilani in a statement issued in Srinagar termed Kashmir as bone of contention between the two nuclear powers of South Asia, Pakistan and India. He deplored the postures of the Indian government to deal with this political issue with military might.

Syed Ali Gilani urged the Indian government to read the writing on the wall vis-a-vis the horrendous situation prevailing in occupied Kashmir where the troops often outnumber the local population during cordon and search operations, yet the people display their sentiments for the right to self-determination.

He said the resolution of the Kashmir dispute will usher in a new era of peace and development not only in Jammu and Kashmir but in the whole South Asia.

Taking a strong note of the use of chemical weapons by the Indian troops in Bandipora, the APHC Chairman castigated the authorities for violating the established norms of safeguarding the life of innocent and unarmed people living under the shadow of war.

He reiterated his appeal for a complete election boycott in the occupied territory, terming it a most powerful political, peaceful and a democratic method to defeat all the repressive and oppressive measures.

He condemned the arrest of Hurriyat leaders and activists including Nisar Hussain Rathar, Muhammad Yasin Attai and Syed Imtiaz Haider and termed it as acceptance of defeat by the Indian authorities before the commencement of the so-called local bodies’ elections.

He said although the occupation forces detain the freedom loving cadres of the resistance organizations with the intention to break up their resolve and urge for their sacred cause but serving as a blessing in disguise, the incarcerated cadre learn a lot from the miserable jail life and dedicate their services with more zeal and zest for the legitimate movement for right to self-determination, whenever they come out from the four walls of Indian prisons.