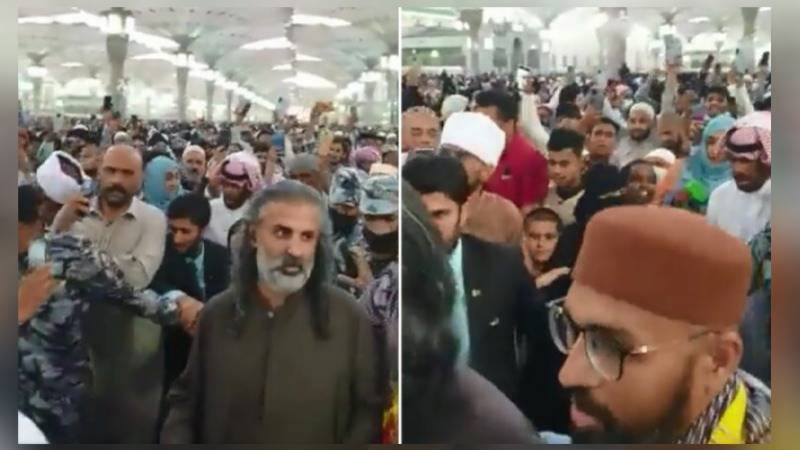 RIYADH – Saudi Arabia’s Crown Prince Mohammad bin Salman has ordered the release of Pakistani nationals, who were serving their jail sentence after being convicted in a sloganeering incident at Masjid-e-Nabwwi (PBUH).

In August this year, a court in Madina awarded jail sentence of up to ten years to six Pakistani nationals for their involvement in the sloganeering incident during the visit of Prime Minister Shehbaz Sharif and his delegation in April.

The court handed ten years imprisonment to three Pakistani each and eight years jail term each to three other Pakistanis, besides imposing fine on them.

The development comes after Prime Minister Shehbaz Sharif, during his recent visit to the kingdom, requested the crown prince to release the convicted Pakistanis.

Taking to Twitter, the prime minister has thanked the Saudi crown prince for releasing the individuals at his request.