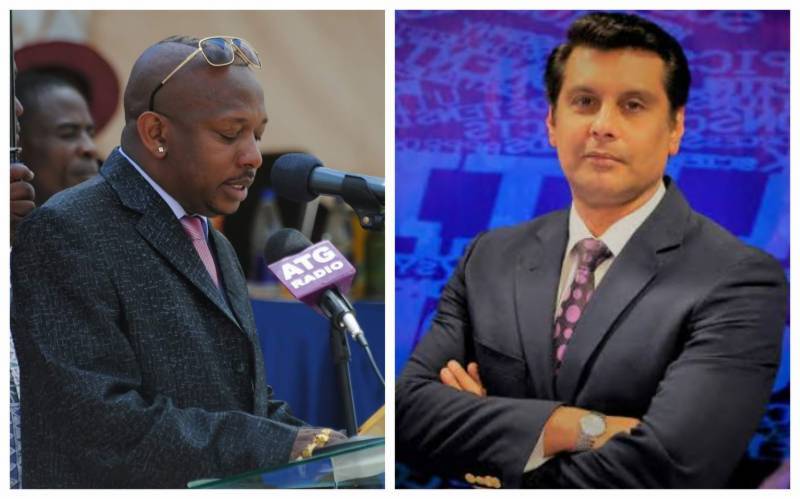 NAIROBI – Former governor of Kenya’s capital city of Nairobi claimed that some elements from Pakistan, he dubs as “killer squad”, were involved in the murder of senior journalist Arshad Sharif.

Sharif, 49, was shot dead by Kenyan police in what they claimed a case of “mistaken identity” some kilometers away from the capital city on Sunday night, while he was returning from Magadi Town.

The police of the East African country, in a statement, said they were searching for a stolen vehicle with an abducted child inside on October 23 when Sharif’s car did not stop at a checkpoint. Officers opened fire and one bullet hit the journalist in the head, leaving him dead on the spot.

The investigative journalist, who was a critic of country’s establishment, moved out of Pakistan in August after sedition case was filed against him over controversial remarks made by PTI leader Shahbaz Gill in his programme on a private news channel.

The suspicious circumstances around the killing of Sharif have created uproar in the country, with people demanding a fair and transparent probe into the incident.

The former Nairobi governor has issued a stunning statement, sending shockwaves across the South Asian country.

Calling the National Police Service (NPS) innocent in the case, he said that Kenyan cops were tricked into shooting the Pakistani national.

In a Facebook post, Sonko claimed that the journalist was being chased by “a Pakistani killer squad” as he was working on an investigation report to expose a money-laundering syndicate.

He went on to say that the money-laundering syndicate involved Pakistani politicians and members of the country's “deep state”.

"Huyu journalist mmpandree the late Arshad Sharif was a wanted man in Pakistan and the killer squad, deep state and the system of Pakistan were pursuing him wherever he was going. He was about to release a documentary entitled " Behind closed doors" which was implicating how Pakistan politicians and members of the Pakistan deep state and system launder money using international financial systems. Hizi mashowrooms mob za mandai Kanairo na Mombasani ziko na doo zao mingi ambazo at the same time ni a very big boost to our economy coz they pay alot of taxes and wameandika wakenya wengi," Sonko’s Facebook post read.

He insisted that the police officers in Kajiado county who killed Arshad Sharif are innocent because they were 'tricked' into shooting the investigative journalist.

The former governor said that the officers, who were deployed at the checkpost, were informed through police radio that a stolen vehicle was travelling towards Magadi and that the occupants were armed and very dangerous.

Sonko, who was removed as Nairobi governor over charges of misuse of authority, said that the police officers opened fire on the Sharif’s vehicle after it was not stopped.

"Why I'm saying our junior police officers who were manning the Nairobi-Magadi highway roadblock are innocent? Gari ya kina huyu journalist was circulated kwa radio calls za police wote as a stollen vehicle and it was believed the occupants were dangerous and heavily armed.

"When our good police officers were alerted the vehicle was approaching the roadblock, wote walijiprepare as usual na kustop hiyo gari but the the late journalist and his driver ignored police orders to stop and instead sped up which forced the police to open fire while chasing the car.

The body of slain journalist reached Islamabad in the wee hours of Wednesday. His funeral prayers will be held in Islamabad tomorrow (Thursday).