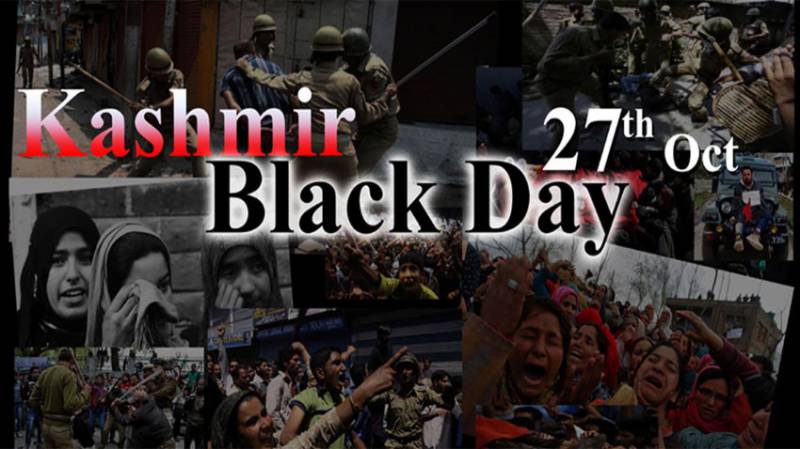 In Indian illegally occupied Jammu and Kashmir, every year, the Kashmiris observe 27th October as a Black Day to convey to India that they reject its illegal occupation of IIOJK.

An analytical report released by Kashmir Media Service said that October 27 is the darkest day in the history of Jammu and Kashmir when on this day in 1947 India forcibly occupied the territory by landing its troops in Srinagar against the will of the Kashmiri people.

Sufferings of the Kashmiris’ increased with the landing of Indian troops in Jammu and Kashmir, the report said and added that Oct 27 is the black day and the day of mourning for the Kashmiri people.

Pakistan observes Oct 27 as Black Day, every year to make it clear to India that Kashmiris would never accept its illegal rule on Jammu and Kashmir and also to remind the world of its commitments regarding the Kashmir dispute.

The report pointed out that the UN resolutions uphold the Kashmiris’ right to decide their future through plebiscite, and the Kashmiris would never accept New Deli’s illegal occupation of their motherland.