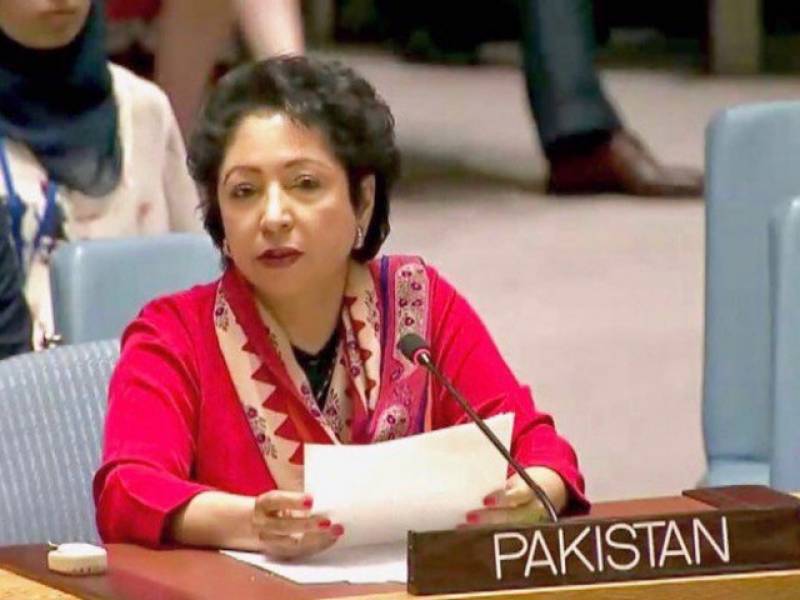 UNITED NATIONS: Pakistani Ambassador Maleeha Lodhi told the UN peacekeeping chief on Thursday that the steep rise in Indian violations of the Line of Control (LoC) in Kashmir was ‘alarming' amid the heightened tensions between Islamabad and New Delhi, and proposed that the UN Military Group in India and Pakistan (UNMOGIP) be strengthened and expanded to help keep peace and stability in the disputed region.

The Pakistani envoy made the proposal during her farewell call on the Under-Secretary General for peacekeeping, La Croix, at UN headquarters in New York, according to official sources.

Ambassador Lodhi highlighted the fact that Pakistan was a host to UNMOGIP, one of the oldest missions whose role, she said, has become even more significant due to the recent Indian ‘aggressive actions' on the LoC, especially since New Delhi's illegal annexation of Occupied Jammu and Kashmir on August 5, when New Delhi placed the disputed state under a lockdown which is still continuing.

In 2018, she added, Indian forces committed more than 3,000 ceasefire violations resulting in the martyrdom of 58 civilians while countless others sustained injuries.

“This dangerous trend continues unabated in the current year; in 2019, 2608 ceasefire violations have been committed by Indian forces, causing 44 deaths", the sources quoted the Pakistani envoy as saying.

During the meeting, she also renewed Pakistan's pledge to remain active in a leadership role in the world body's flagship enterprise aimed at promoting peace and stability around the globe.

As one of the world's top contributors to UN Peacekeeping, Pakistan has since 1960 contributed 200,000 troops and served in 46 missions in 28 countries around the world.

Currently, Pakistan has 5,060 troops serving in nine missions, mostly in Africa, under the blue flag of the UN.