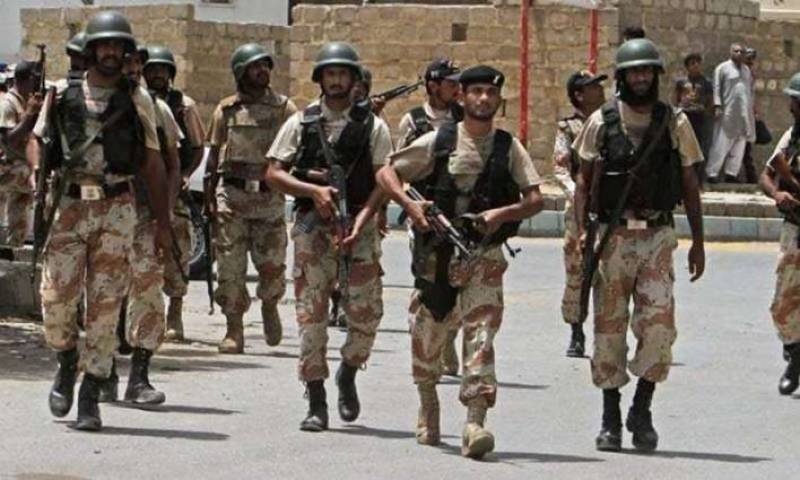 KARACHI: The Pakistan Rangers -Sindh claimed to have arrested 10 accused from different parts of the metropolis and recovered arms, ammunition, snatched items and drugs from their possession.

According to a spokesman for the para-military force, the Rangers arrested a target killer Muhammad Shariq from Eidgah area. The accused was a member of Lyari-gang and involved in target killings and dacoities.

Accused Hussain Jaffery was arrested from Risala area for his alleged involvement in delivery of arms to a militant wing of a political party. A drug-peddler Sabir was also arrested from Kalakot area.

All arrested accused have been handed over to the police for further legal action.