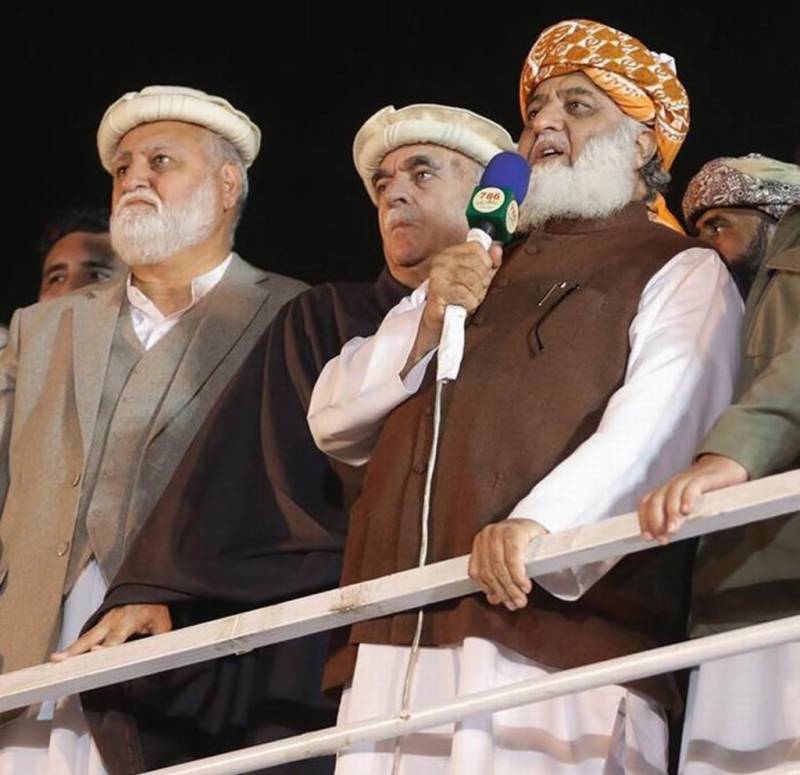 Jamiat Ulema-e-Islam-Fazl (JUI-F) chief Fazlur Rehman has made a shocking disclosure about “conditions” upon which the opposition’s Azadi March sit-in was called off.

“We need to wait whether in-house change [in the parliament] is brought or the entire government is sent packing,” he said.

Meanwhile, Fazl has called multiparty conference (MPC) of the opposition parties on November 26 aimed at discussing next course of action against the ruling Pakistan Tehreek-e-Insaf (PTI).

However, PML-N’s Maryam Nawaz has excused herself from attending the meeting due to health issues, including blood pressure and diabetes. Doctors have recommended her bed rest.