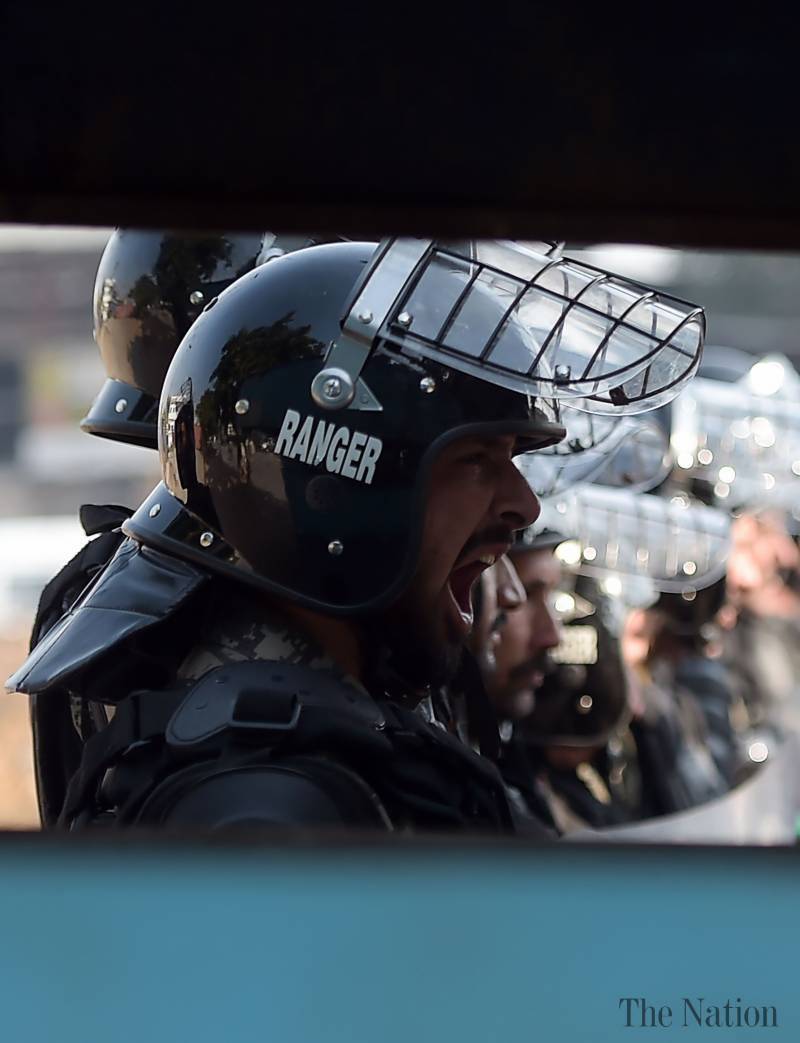 ISLAMABAD - On Saturday, after a midnight deadline expired, police launched an operation to clear  protesters from Faizabad intersection linking Islamabad with Rawalpindi, prompting other demonstrators to take to the streets in solidarity, bringing several major cities to a virtual standstill.

A medic, Dr Masood Safdar, said five citizens were brought into the Banazir Bhutto hospital already dead from bullet wounds, and Dr Tariq Niazi of the Holy Family Hospital confirmed the death of a young man shot in the head during the violence at  Faizabad .

By nightfall, protests had spread to other main cities with activists brandishing sticks and attacking cars in some areas. New demonstrators had joined the camp in  Faizabad continuing the standoff with police.

Private TV channels were ordered off the air, with only state-run television PTV broadcasting.

PTV aired the report of Interior Ministry’s notification seeking armed forces’ help to maintain order in the capital and provide security to the sensitive installations and government buildings.

There was no mention of any timeline or strength of armed forces personnel to be deployed in the federal capital and the decision was left to the military to decide keeping in view the ground realities.