Indian PM Modi lands into yet another embarrassment over handshake with Japanese top leader
26 May, 2022 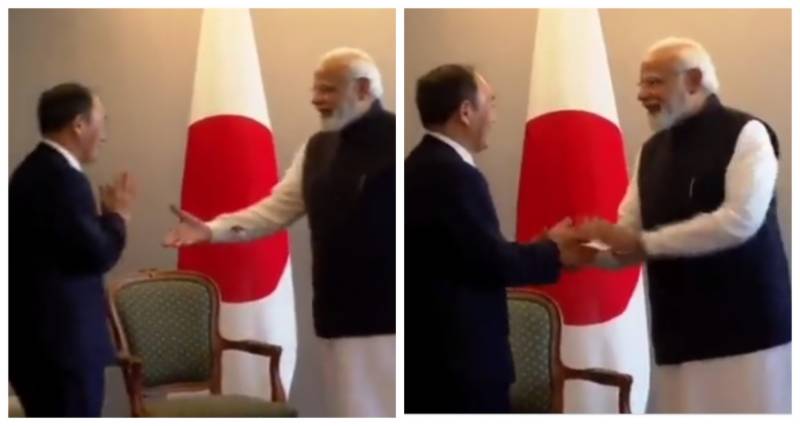 TOKYO – Indian Prime Minister Narendra Modi, who is well-known for his infamous hugs and handshakes with other world leaders, was again spotted breaking protocols during a meeting with a Japanese host.

The bizarre incident occurred when Modi was in Tokyo to attend Quad Leaders’ Summit, which was also attended by the leaders of the US and Australia.

A video circulating on social media shows Modi making unwelcome moves on his Japanese host, who was trying to greet him from a distance due to Covid-19 prevention measures, which are in the place in Japan.

The Japanese official was greeting him with folded hands but Modi went uncivil and forced the host to do a handshake for a photograph.

As the video is going vial on social media, it has drawn criticism towards the Indian prime minister.

“In Japan, measures including social distancing are in place due to Covid. Japanese host greeted him with folded hands and was reluctant to shake his hands. But, Modi was as usual uncivil, forced his host to do a handshake for the camera!” a user wrote on Twitter.