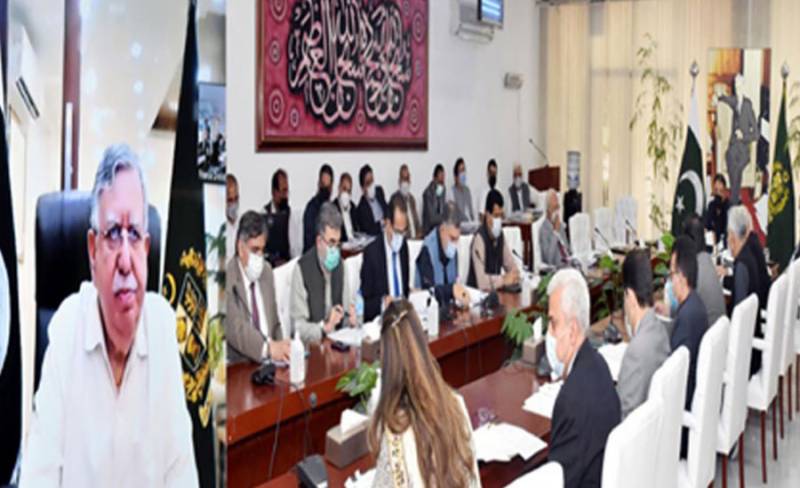 ISLAMABAD - The Executive Committee of the National Economic Council has approved various energy, infrastructure, irrigation, and health projects at a cost of billions of rupees on Wednesday. Natural calamities control program

Sindh Component of COVID-19 response and other natural calamities control program was approved at the total cost of over 20.82 billion rupees. The Project will be completed on equally shared financing basis by the Government of Sindh and the federal government through PSDP. The project envisages strengthening of provincial health system to effectively respond to the pandemic like situations. 30 MW Hydro Power Project Ghowari

Approval was granted to the Rainee Canal Project costing over 20 billion rupees to irrigate 412,400 acres in the first phase at a design discharge of 5500 cusecs in districts of Kashmore, Ghotki, Sukkar and Khairpur. Hoshab-Awaran-Khuzdar Section of M-8 Project

The ECNEC approved construction of Hoshab-Awaran-Khuzdar Section of M-8 Project at a cost of over 32 billion rupees. The Khyber Pakhtunkhwa Provincial Roads Rehabilitation Project "Under PKHA Portfolio" costing over 28 billion rupees was also approved. Besides, approval was granted to the feasibility and dualization of Mardan-Swabi Road at cost of over 13 billion rupees. 306 kilometer-long six-lane Hyderabad-Sukkar fenced motorway

The ECNEC also approved construction of 306 kilometer-long six-lane Hyderabad- Sukkar fenced motorway on Built Operate Transfer basis at a cost of over 191 billion rupees. The project is expected to be completed in 30 months.