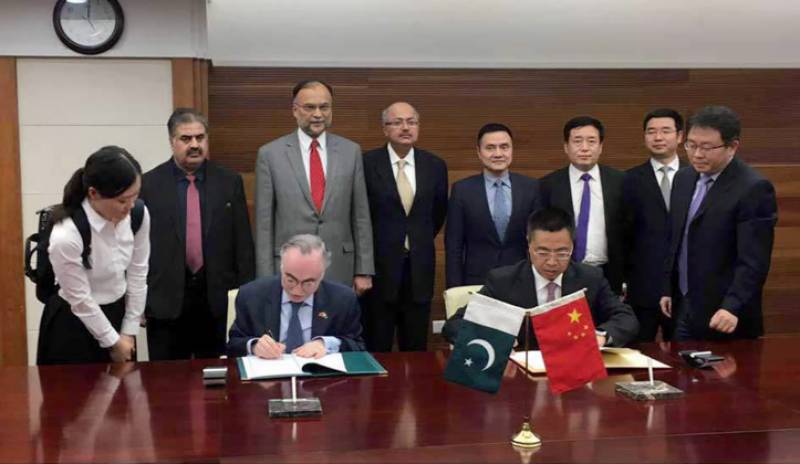 The visit of Pakistani delegation to China was in the context of China-Pak Economic Corridor (CPEC) which was going to become a game change for the entire region.

"The all states of Central Asia, Afghanistan, Iran, Russian Federation and China itself have been eying on CPEC and Gwadar Deep Sea Port as they have pinned hope on these mega projects for boost of their economy by exports of their products through these channels", official sources told APP.

The western route of CPEC will be passing through Balochistan to connect China with Gwadar.

The delegation of the Chief Minister traveled from Shanghai to a city through a high speed bullet train, of which speed was 308 kilometers per hour.

The train covered the distance within 19 minutes.

The Chief Minister Balochistan asked the Chinese officials to include Kuchlak-Quetta Mass Transit Train Project in the CPEC.

The Chinese officials assured him of extending their full cooperation in this regard.

During his visit to Chinese city of Tianjin, Nawab Zehri was taken to steel mills.

After inspecting different sections of the mills, he invited Chinese industrialists to invest in Balochistan to establish steel mills in the province.

He told them there was suitable environment for investing in steel production in Balochistan as steel precuts would be directly exported to other countries through Gwadar Deep Sea Port instead bringing them from far flung areas of China to Gwadar.

Singapore and China jointly constructed this industrial park in year 1994 which spread over 280 square kilometer. The delegation was told that last year, the industrial park manufactured products worth US $ 80 billion.

The Chief Minister urged the Chinese officials to construct Special Economic Zones in Balochistan's areas including Gwadar, Bostan, Zhob and Khuzdar in connection with CPEC.

"CPEC route will pass through Zhob, Bostan and Khuzdar to reach Gwadar, therefore, the Chinese government and industrialists should pay special attention to establish special economic zones in these areas," he said.