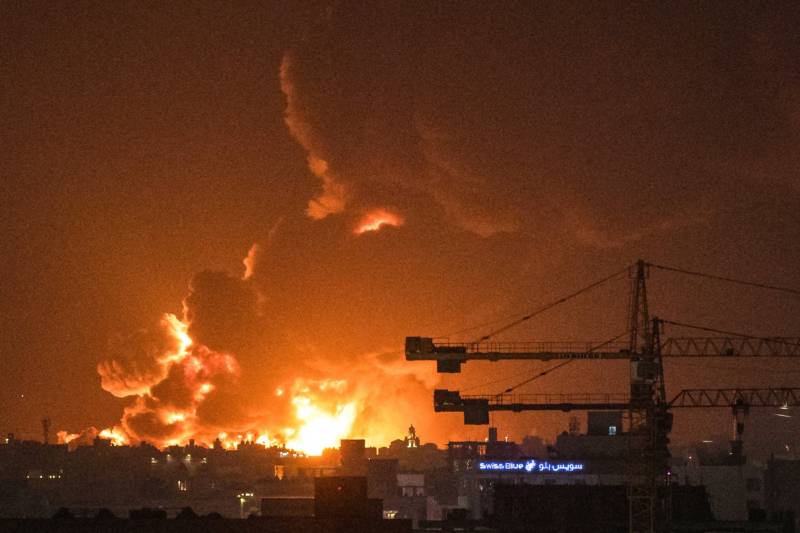 "The military operation will continue until its objectives are achieved," the coalition link said in a statement quoted by SPA.

The Saudi Arabian Formula One Grand Prix will continue "as planned" despite an attack by Yemeni rebels on an oil facility which set off a huge fire visible from Jeddah's street circuit.

Flames ripped through the Aramco oil refinery and drivers even smelt the fire during the opening practice run.

Drivers held nearly four hours of meetings with team bosses and F1 CEO Stefano Domenicali and managing director Ross Brawn into the early hours of Saturday on whether to go ahead with the race. "It's not for me to say, right now," was all Britain's George Russell, representative of the drivers' union, would say, while several team bosses gave assurances that "We race".

"Ready and totally focused for tomorrow's qualy!" Mexican driver Sergio Perez of Red Bull tweeted after the meetings ended at 2:20 am, apparently confirming the decision to race on Sunday.

Domenicali had earlier insisted the weekend would continue as planned.

"Formula 1 has been in close contact with the relevant authorities following the situation that took place today," an F1 spokesman said after the second practice session at 9:00 pm.

"The authorities have confirmed that the event can continue as planned and we will remain in close contact with them and all the teams and closely monitor the situation."