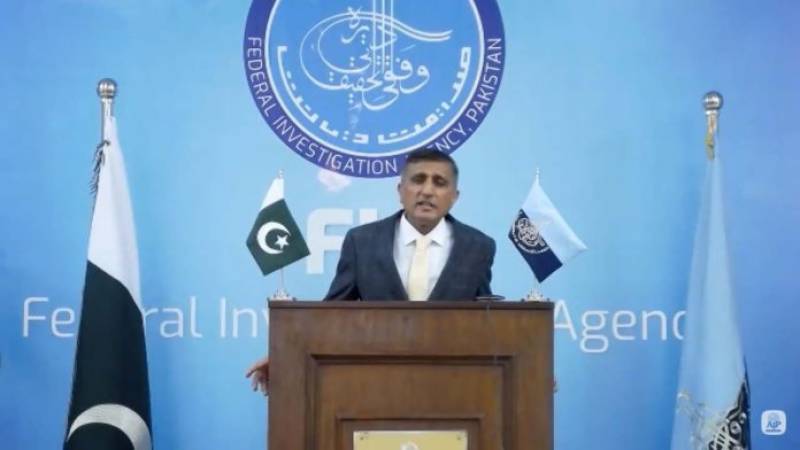 Hyderabad: The Director General of the Federal Investigation Agency (FIA) Dr. Sanaullah Abbasi has said that cyber crime has also increased with the abundant use of social media as the FIA received over 100,000 complaints from across the country in 2021 and it recorded as many as 60,000 complaints during the first quarter of 2022.

He said that despite limited resources, the Federal Investigation Agency successfully resolved most of the complaints received in years 2021 and 2022 and the justice had been provided to the victims and punishments to those resorted to cyber crime in the country.

He was addressing at the international conference on emerging trends in information and engineering technologies organized under the auspices of Sindh University’s Dr Abdul Hussain Shah Bukhari Postgraduate Centre in collaboration with Sindh Higher Education Commission (HEC) which concluded Friday.

The Director General FIA said that there were many challenges posed to the agency on account of limited resources adding that he was trying to overcome human and financial issues so as to work more effectively .

“There is a need to raise awareness among the youth to prevent cyber crimes and the role of university cannot be ignored in this regard”, he observed. Dr Abbasi discussed in detail the cyber crime, its laws, punishments, the number of complaints registered with the FIA and the modus operandi for lodging the grouses.

He said that the procedure for filing complaints with FIA was easy. “Complaints can be lodged online by visiting the organization’s website while the same can also be made through correspondence”, he maintained.

He said that the students in majority had been found to lodge the complaints regarding cyber crime, for which he said steps were taken in accordance with the nature of the cases to halt such things.

DG FIA said that he also wanted to sign a memorandum of understanding (MoU) with the University of Sindh to work together on cyber security, under which the internship opportunities could be provided to the graduates and undergraduates of the varsity.

Dr. Abbasi said that recently 90,000 applications were received from the youth across the country for internship in the FIA, which he said showed the confidence of the job-seekers upon the agency. “We want our indigenous solution to cyber security and crimes; we do not hinge on external assistance about different difficult cases in future too”, he maintained.

He said that the role of the University of Sindh could prove vital in making own mechanism and way forward for indigenous solution of the problems.

He said that due to COVID-19, the entire budget was transferred by the government to the health department, as a result of which he said no significant grants were received to FIA for the prevention of cyber crime.

He said that cyber space patrol is also being carried out by FIA adding that currently, many social cyber activities were detected and thwarted by the agency.

The FIA is working on involving university volunteers and internees to create awareness among the students and general public, he informed.

He said that with the increasing use of technology and the proliferation of smart phones and gadgets, the number of cyber crime complaints received by the Federal Investigation Agency from all over the country during 2021 were recorded over 100,000. Only social site Facebook was used as a medium for cyber crime with 23% of the total complaints, he added.

Dr Abbasi said the increase in cyber crime reporting is reflection of public confidence on the agency adding that not only general public but law enforcing agencies also contacted with the agency in this context as it was the only platform to investigate into cyber crime cases and communicate with international law enforcement agencies.

The Vice Chancellor University of Sindh Prof. Dr. Muhammad Siddique Kalhoro while accepting the offer of DG FIA regarding inking of MoU with FIA said the memorandum of understanding would soon be signed between the two organizations for the benefit of university students.

He said that the varsity will extend its all out cooperation with FIA in increasing manpower as well as human resources and providing it with talented youth so that the agency could become more powerful and effective in dealing with cyber crimes.

On the last day of the conference different sessions were held in which many local and foreign scholars read their research papers both online and on-site.