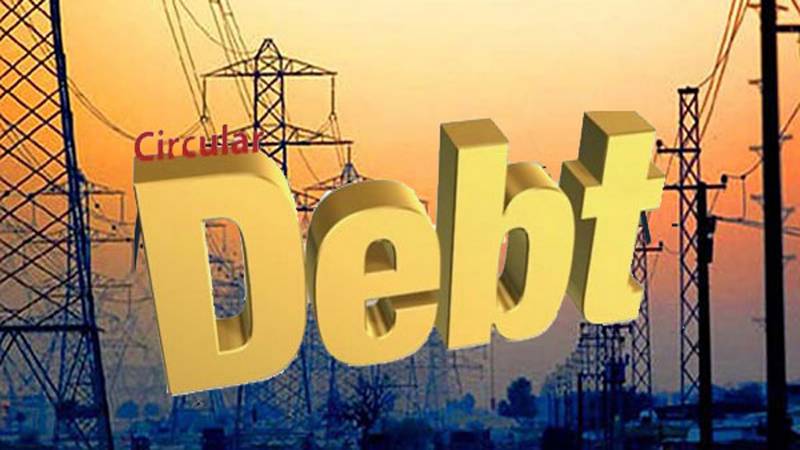 ISLAMABAD - Reiterating government firm commitment to bring reforms in power sector including indiscriminate action against power pilferers and recovery from defaulters, Minister for Power Division Omar Ayub Khan on Tuesday said circular debt would be brought down to Rs 225 billion from existing Rs 603 billion by December 31, 2019.

Talking to journalists here, the minister said the circular debt escalated to Rs 450 in just one year due to delay in tariff determination, absence of proper plan to stop power pilferage and power supply to high losses feeders.

He said the past government did not give attention to power sector recovery besides continuous power supply to high losses feeders. He said owing to the efforts of incumbent government, power sector revenue witnessed Rs.40 billion surge in last three months. Kunda culture was completely being eliminated with the support of public representatives and extensive drive against power theft, he said.

The minister said special anti power theft campaign has been launched in interior Sindh, Khyber-Pakhtunkhwa and in FATA. He said over 20,000 First Investigation Reports (FIRs) have been lodged against power pilferers besides arresting some 2000 accused so far. Across the board action was being taken against power thieves, he added.

He said currently in efficient DISCOs, length of transmission lines were around 20-25 km while in in-efficient companies its length stretched to 120 Km.

The minister said the total installed capacity stood at 31000 MW and 60 per cent electricity was being generated from imported fossil fuel, 30 per cent hydel, 6 per cent nuclear and remaining 4 per cent from Renewable Energy sources.

He said transmission line was also being upgraded adding that arrangements have been finalized for Matiari-Lahore Transmission line. Ground breaking of the project was expected in next two months, he added.

Omar said there were total 840,000 power transformers in the country and talks were held with World Bank for installing separate meters on every transformer. He said it would not only identify exact power consumption but also reduce line losses besides improving revenue collection.

The minister said the past government did not determine power tariff calculated by NEPRA due to general elections. The power regulator had determined Rs.3.86 per unit increase in the tariff but the incumbent government passed only Rs.1.27 per unit to the consumers.

The past government also deliberately stopped to pass on quarterly capacity adjustment to the consumers resulting accumulation of Rs over 200 billion in six months.

He said despite these grave issues, the government did not increase power tariff up to 300 units while nominal increase of 10-15 per cent was made for those consuming more than 300 units.

Similarly, he said no increase was made for commercial consumers while tariff for agri tube wells was slashed from Rs.10 to Rs.5.35 per unit.

Omar Ayub said new RE policy would be announced next month and 600 MW RE would be added to the system on fast track. He said under the new policy, RE share would be enhanced to 25 per cent of total energy mix by 2025 and 30 per cent by 2030.

The minister said 60 per cent of electricity would be generated from indigenous resources including 30 per cent each from RE and hydel. He said 29000 tube wells in Balochistan was also being converted on solar besides introducing Aerial Bundle Cables in areas of high losses to curb power theft.

Omar Ayub said Energy Task Force has also finalizing Advanced Metering Infrastructure (AMI) system to reduce line losses. He said the government has approved water charges for Azad Jammu and Kashmir and steps were being taken to set up power Distribution Company. Rs. 1.10 would be paid to AJK government under the head of water charges, he said.

The minister said a sum of Rs 20 billion has also been paid to KPK under net hydel profit and efforts were being made to clear past dues. Responding to a question, the minister said load-management would be observed in areas of high losses in the coming summer season.

Speaking on the occasion, Chairman Energy Task Force Nadeem Babar said the past government did not pass on tariff determined by NEPRA resulting accumulation of Rs.226 billion. It would cost over Rs. 4 per unit increase in tariff if was passed on the consumers, he added. Secretary Power Division, Irfan Ali said merit order was never violated in generating electricity from various sources.

He said lists have already prepared to recover dues from big defaulters.